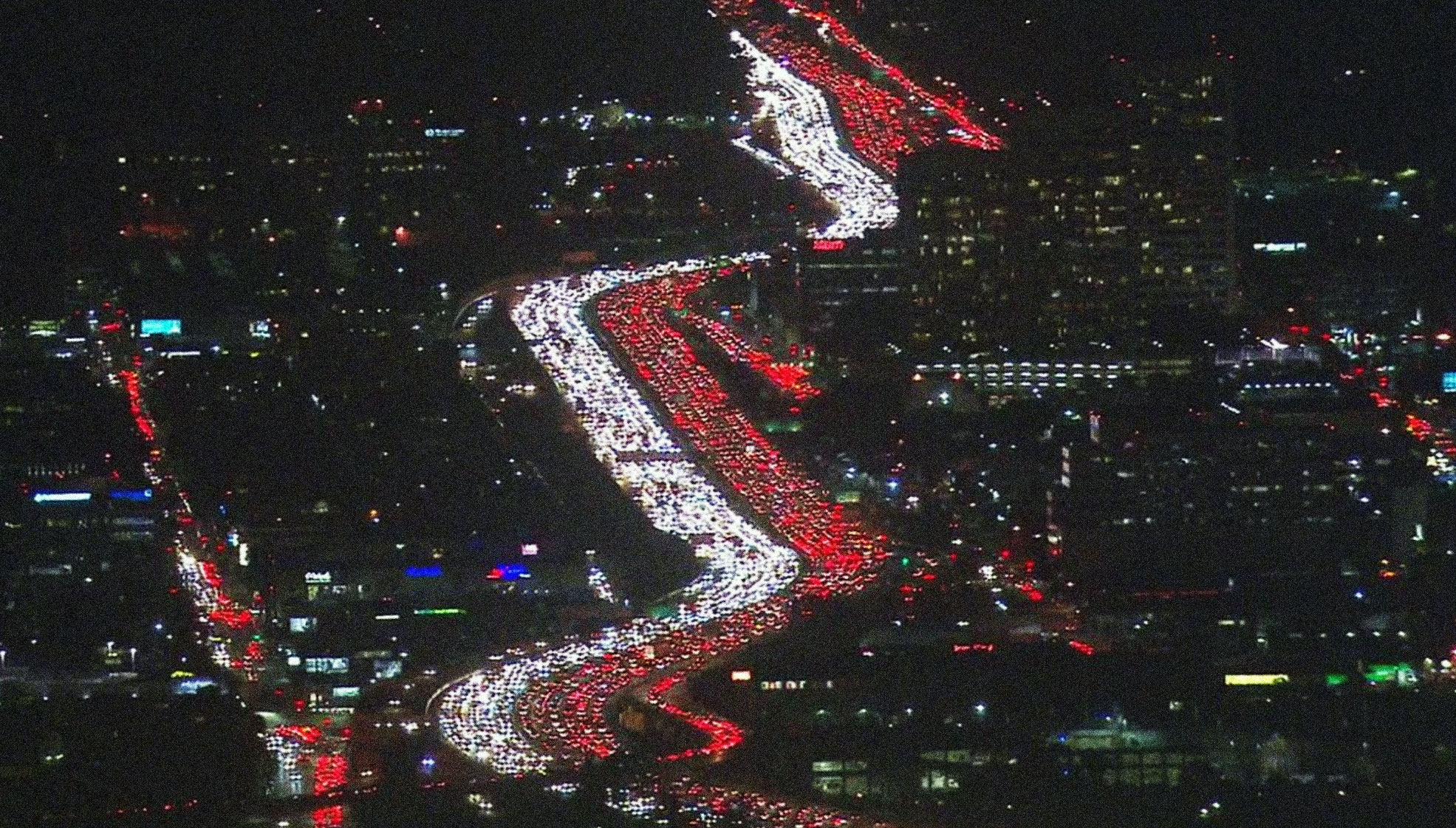 Do not drive anywhere in Los Angeles between the hours of 4 and 7 p.m and within 10 days either side of Thanksgiving. [via B911Weather]

Traffic lights filling up both sides of 405 FWY in West LA as travelers commute 2 days before #Thanksgivingpic.twitter.com/ejTmiQofmX