Elaborately-detailed sculptures made from stacked sheets of laser-cut paper 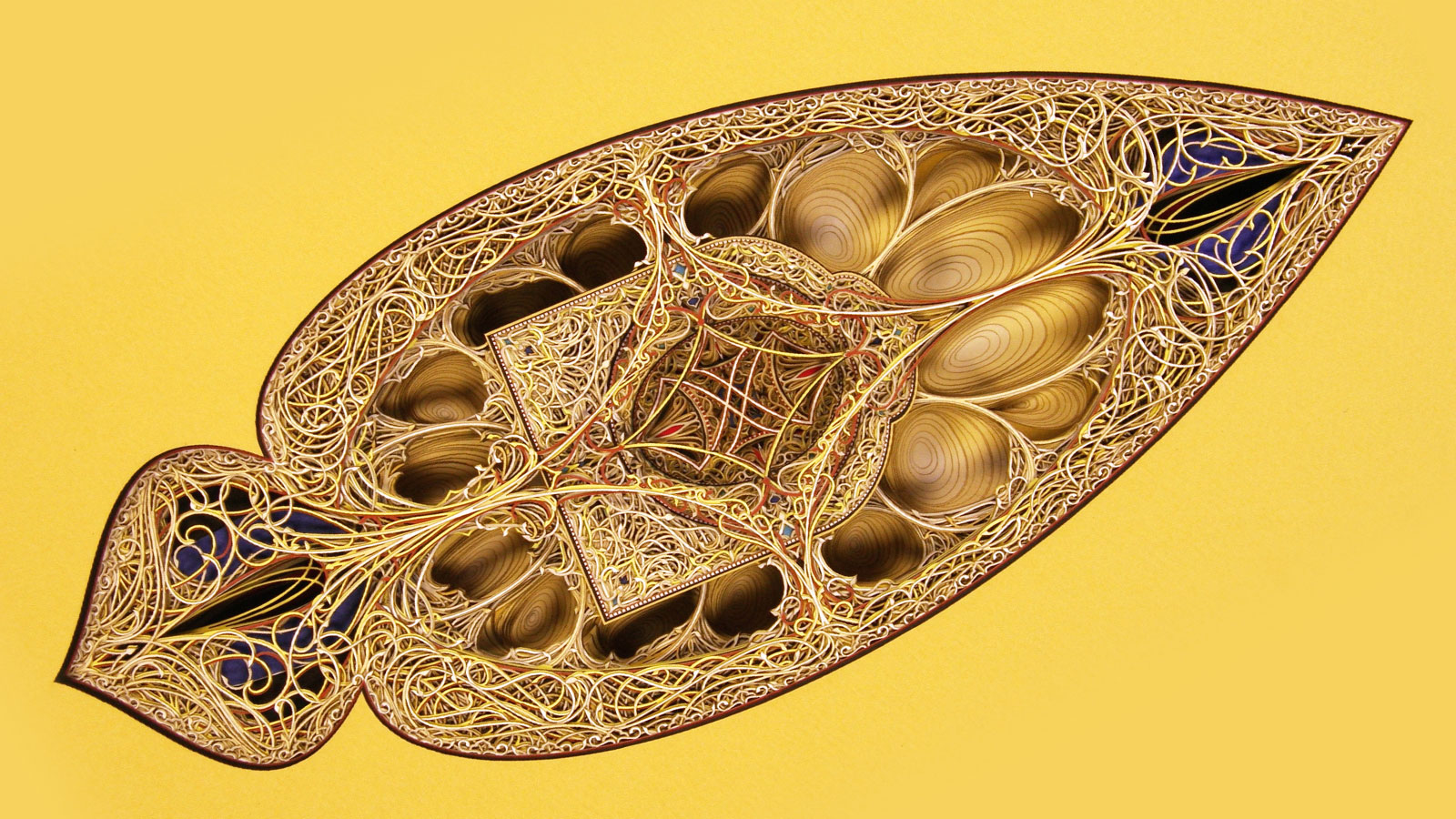 Strictly Paper blogs the work of Eric Standley, who uses lasers on hundreds of sheets of paper to create incredibly-detailed works of art. [via]

These laser-cut masterpieces, reminiscent of stained glass windows, are inspired by geometry found in Gothic and Islamic architectural ornamentation in an attempt to capture a reverence for the infinite. “I am interested in the conceptual migration from the permanence and massiveness of stone to the fragility and intimacy of paper,” he mentions in an artist statement.