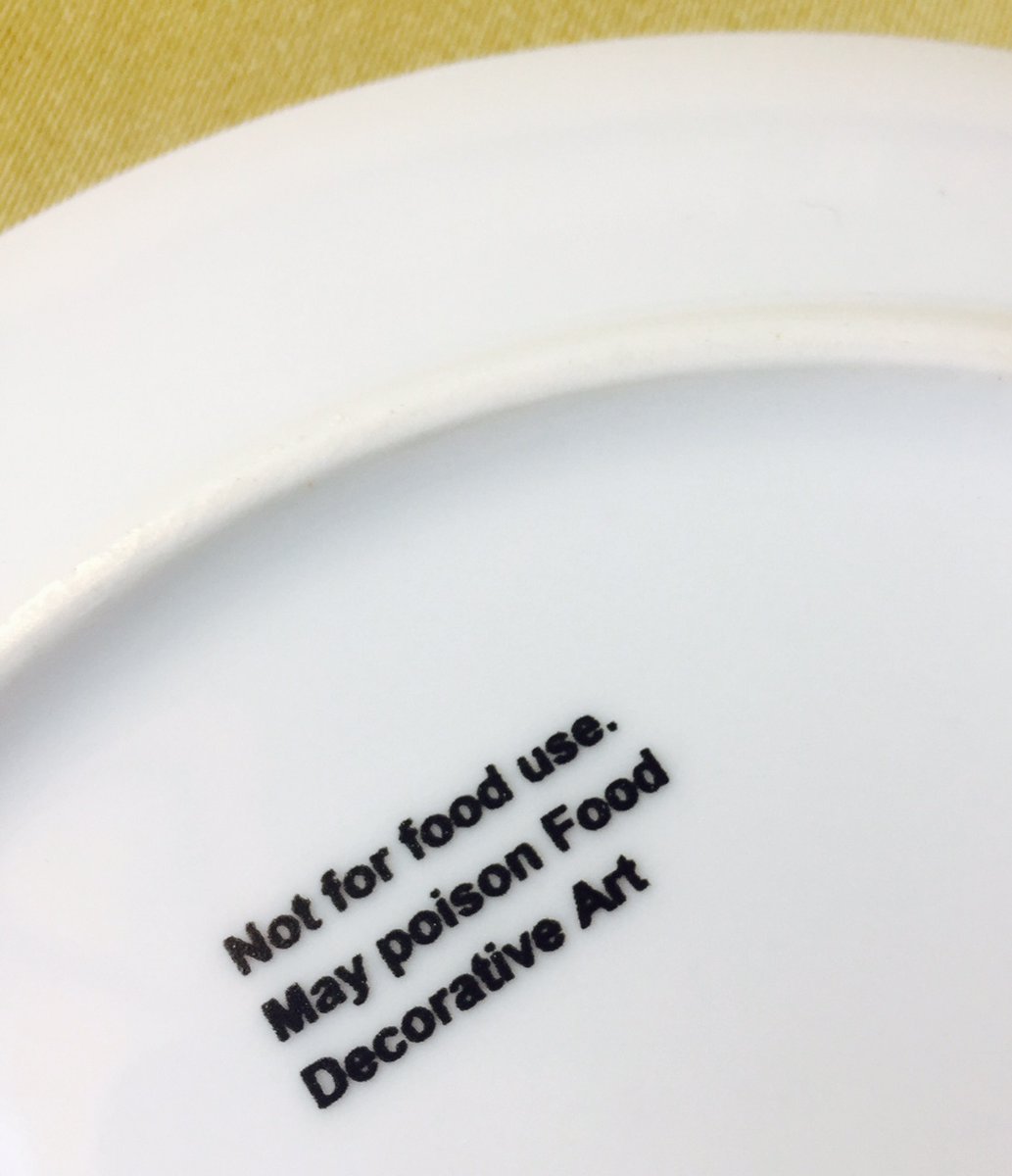 Haiku stamped on the back of a commemorative Johnson/Weld plate I just got in the mail:

Not for food use.
May poison Food
Decorative Art pic.twitter.com/soSagmFPtk

There's definitely a libertarian/regulation joke in here somewhere but I'm to lazy to fully work it out. https://t.co/OYkgeCuLzM

The Libertarian moment of enlightenment is when you realize it's a giant ashtray.

The summer of 2020 is the PERFECT time to auction off seized merchandise from the infamous Fyre Festival fraud. Dumpster fyres powers activate — form of t-shirts, hats, "tokens" and other shite souvenirs! Just don't expect a bargain. This merch is going for top dollar. CNN: The 126 minor items up for sale were seized […]

The Last of Us is a game about surviving in America after a pandemic. The sequel is out this summer, and as part of the marketing effort, Sony is offering a "The Last of Us Part II" skateboard with an attractive "post-pandemic distressing" effect. [via @ckunzelman] Build a deck with some real character, complete with […]

Plus a look at some of its swell merch. Hey hey, I'm fresh back from a short two-day excursion to Disneyland. I have a bunch of stuff to share with you but I'm going to start with my visit to Trader Sam's Enchanted Tiki Bar, that little cocktail oasis behind the pool at the Disneyland […]