Symmetry – Utopias are never perfect, are they? 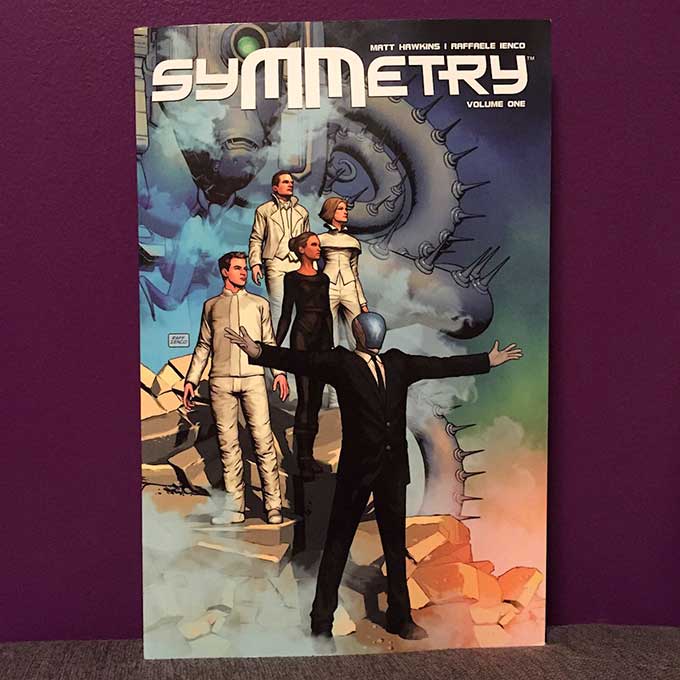 Utopias are never perfect, are they? Symmetry offers some good heady sci-fi in the vein of 1984, Ender's Game, Equilibrium, or Fahrenheit 451. Imagine a world where humans are coddled and raised by machines, think Wall-E, but people haven’t become total blobs. Gender and identity are decided by the individual when they turn thirteen. And all races have been separated, so that most people will grow up not even realizing that other nationalities exist. Then one day a solar flare causes the machines to shut down and the wall between nations to break.

What follows is a great story that seems very relevant in today’s world. I think Symmetry does what sci-fi does best, it makes you think about what’s happening around you and where things might go if we aren’t careful. It’s clear that the creators spent a good deal of time thinking through these issues, and how the world in their book works. There’s actually a pretty lengthy sociological write-up included that dives further into some of the ideas that helped shape the story.

Volume 1 is satisfying, but definitely leaves you wanting more. The cel-shaded illustration feels like something out of a video game, which actually matches the story perfectly. Thankfully, Volume 2 is due out in December, so we’ll get to explore more of this world. Get caught up.