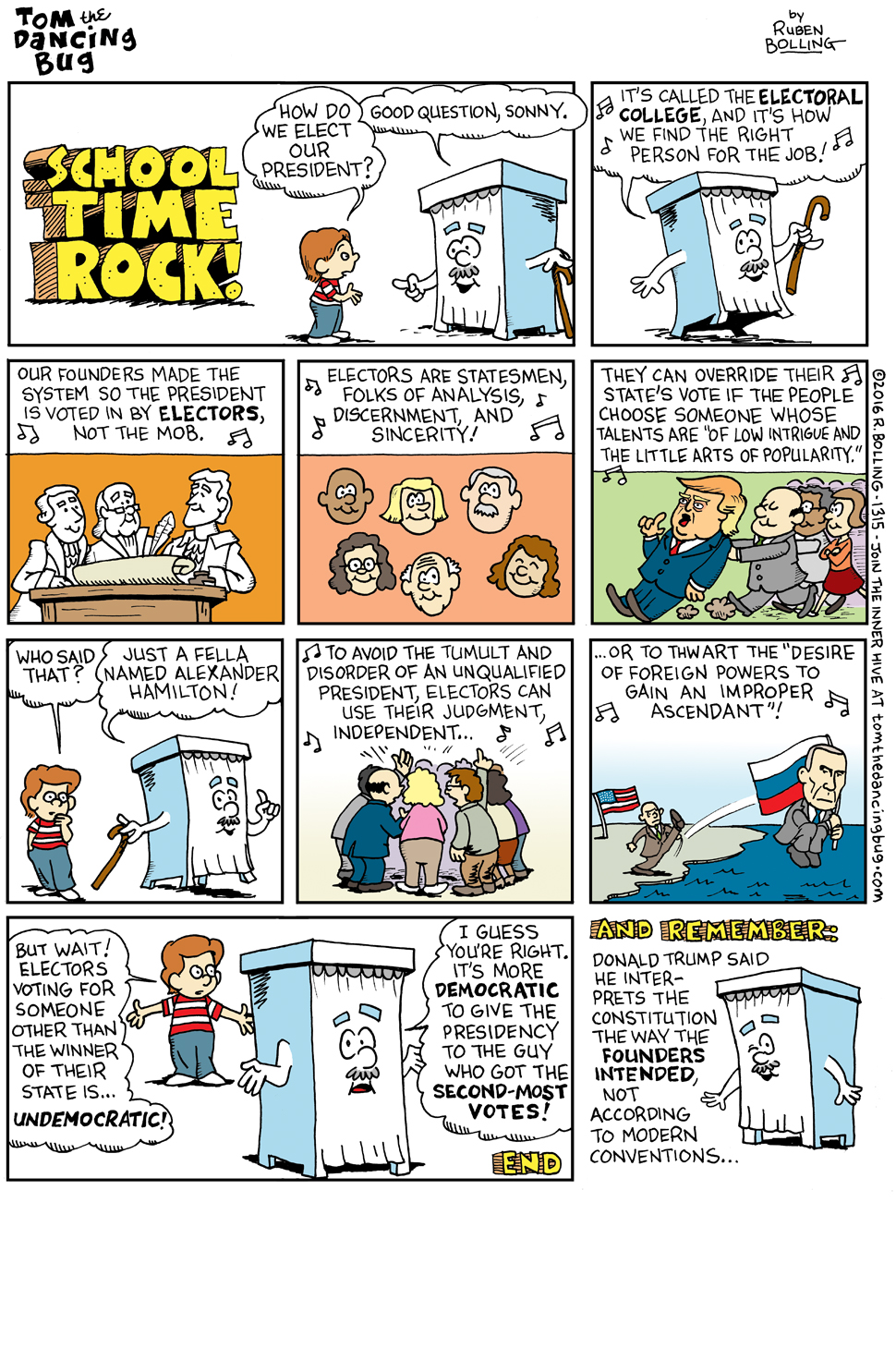 Tom the Dancing Bug, IN WHICH "School Time Rock" explains the Electoral College system... and just might save our country!

NOW MORE THAN EVER, JOIN Tom the Dancing Bug's subscription club, the INNER HIVE, to support the comic strip, and to get exclusive early access to comics, extra comics, commentary and more.