Data viz of the countries with the most cannabis use 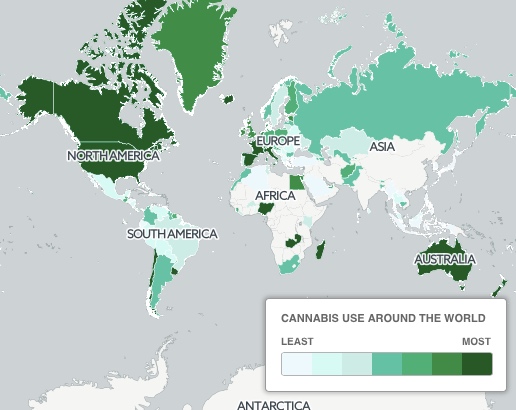 The Telegraph created an interactive data visualization of cannabis use in countries around the world. Here are the winners:

• Iceland - 16.2% (prevalence of use as percentage of population)

Mapped: The countries that smoke the most cannabis (The Telegraph)