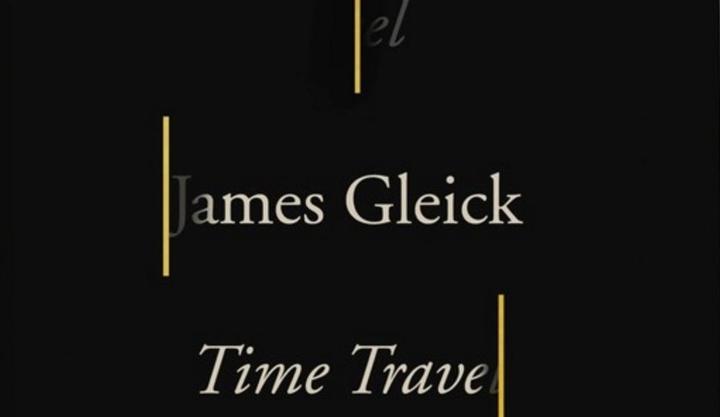 5 years ago, Boing Boing described James Gleick’s The Information: A History, A Theory, A Flood as "a jaw-dropping tour de force history of information theory... The Information isn't just a natural history of a powerful idea; it embodies and transmits that idea, it is a vector for its memes (as Dawkins has it), and it is a toolkit for disassembling the world. It is a book that vibrates with excitement, and it transmits that excited vibration with very little signal loss. It is a wonder."

A biographer of science ideas, Gleick is usually found exploring unusual corners of science. His latest book looks at the surprisingly recent concept of Time Travel. How recent? H.G. Well’s The Time Machine, published in 1895, was the first mention of time travel. I read Time Travel and really enjoyed it - good wonky fun.

I interviewed him at Bloomberg for my radio show/podcast (MP3), and Gleick opened up about his researching and writing process. He describes himself – too modestly in my opinion – as “merely a journalist.”

His approach to writing is somewhat humbling – he claims he starts out knowing nothing of his subject, and keeps researching until he feels he has learned enough to communicate about the subject. “Each book, each time I feel like I am figuring it out, starting from scratch . . . I don’t need to dumb anything down, I need to raise my own understanding to the level of grasping the stuff I am writing about.”