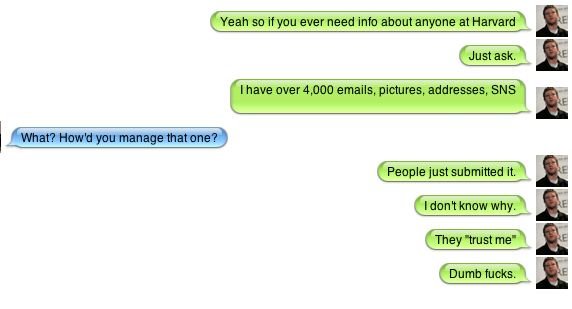 It's been six years since I quite Facebook and not a day goes by that I don't realize that my life is better for it.

Cathy "Weapons of Math Destruction" O'Neil quit Facebook without meaning to (Facebook prompted her to change her password and she just kept putting it off until she realized that she didn't want to go back) and describes a life of joy ever since.

If Donald Trump is going to round up 11 million undocumented workers and spy on 3 million Muslims in the USA, Facebook -- whose board of directors includes Peter Thiel, and whose newsfeed algorithm was instrumental to his victory -- will be his first port of call.

But even if you don't care about (or don't believe in) that risk, leaving Facebook makes your day better, your friendships stronger, and your teeth whiter (results may vary).

It’s pretty simple. I was like you, spending more time than I was comfortable with on Facebook. The truth is, I didn’t even go there on purpose. It was more like I’d find myself there, scrolling down in what can only be described as a fetid swamp of echo-chamber-y hyper partisan news, the same old disagreements about the same old topics. So many petitions.

I wasn’t happy but I didn’t really know how to control myself.