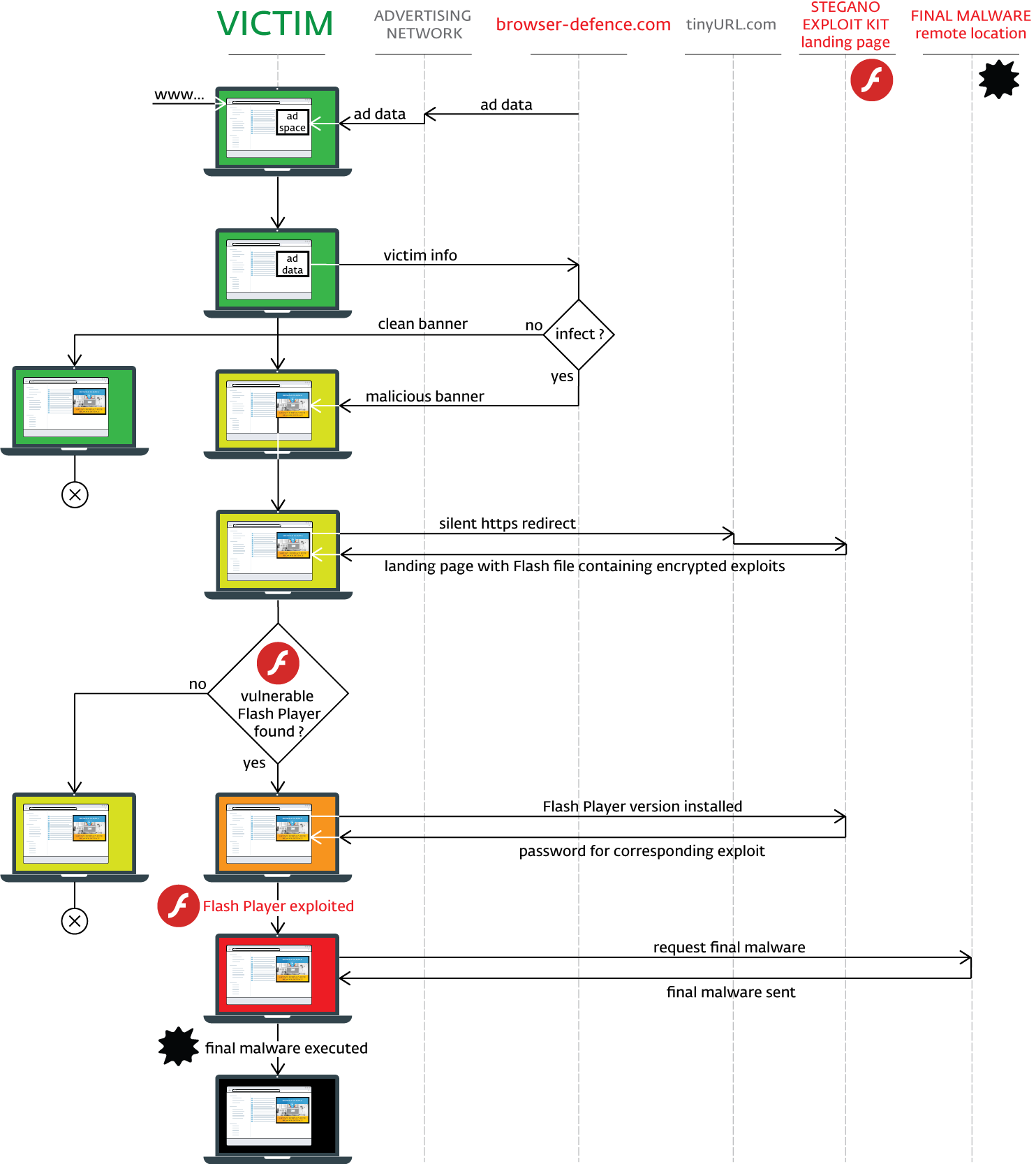 The criminals were able to send banner ads and javascript to their targets' computers by pushing both into ad networks. These networks aggressively scan advertisers' javascript for suspicious code, so the criminals needed to sneak their bad code past these checks.

To do this, they made tiny alterations to the transparency values of the individual pixels of the accompanying banner ads, which were in the PNG format, which allows for pixel-level gradations in transparency. The javascript sent by the attackers would run through the pixels in the banners, looking for ones with the telltale alterations, then it would turn that tweaked transparency value into a character. By stringing all these characters together, the javascript would assemble a new program, which it would then execute on the target's computer.

This new program triggered a network request to a site controlled by the attackers, which repeatedly checked the target's computer to see if it was running inside a virtual machine (a telltale sign of a paranoid user, possibly a security researcher who would figure out what was going on) or whether it had any anti-virus software. Once it was satisfied that the target was not in a position to detect active attacks, it launched exploits targeted at Internet Explorer/Flash to hijack the machine and gather the user's keystrokes, with a special emphasis on bank-industry information.

The Stegano exploit kit has been trying to fly under the radar since at least 2014. Its authors have put quite some effort into implementing several techniques to achieve self-concealment. In one of the most recent campaigns we detected, which we traced back at least to the beginning of October 2016, they had been distributing the kit through advertisement banners using steganography and performing several checks to confirm that they were not being monitored.

In the event of successful exploitation, the vulnerable victims’ systems had been left exposed to further compromise by various malicious payloads including backdoors, spyware and banking Trojans.

Exploitation by the Stegano kit, or any other known exploit kit for that matter, can often be avoided by running fully patched software and by using a reliable, updated internet security solution.