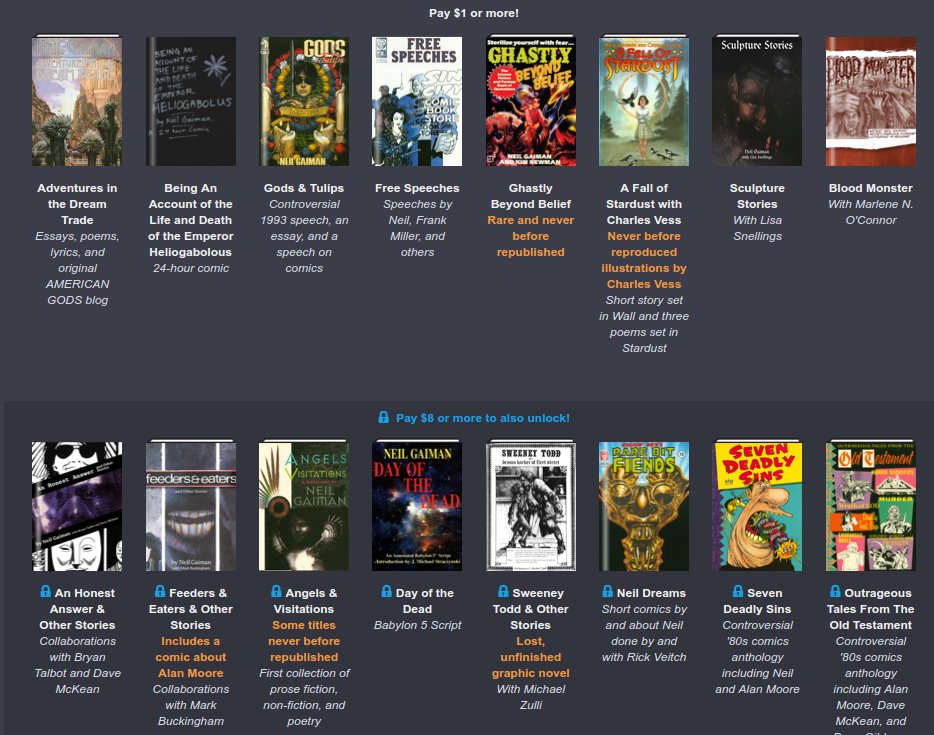 Neil Gaiman writes: "A little over a year ago I released my rarest, earliest, and hardest to find work -- books and comics -- through Humble Bundle to fund charities that do good work. People were all so generous and enthusiastic that we broke records. More importantly, they made it possible for the Comic Book Legal Defense Fund and for the charities supported by the Gaiman Foundation, including the CBLDF, to help make things better for people."

People asked if the books and comics in the Humble Bundle would be put up for sale afterwards. I said no. They were part of the Bundle.

The world is a more dangerous place than it was 14 months ago. Refugees need help and support. Freedom of speech is under threat.

I've brought back the original Humble Bundle of Gaiman rarities, and I have added some brand new bits, including audio stories. It supports the UN Refugee Agency, the CBLDF, and the Gaiman Foundation (which then, in its turn, supports other good causes). Get the books and stories and such for yourself if you missed out the first time. Give them as gifts to friends. It will make a difference.