The World at a Crossroads... 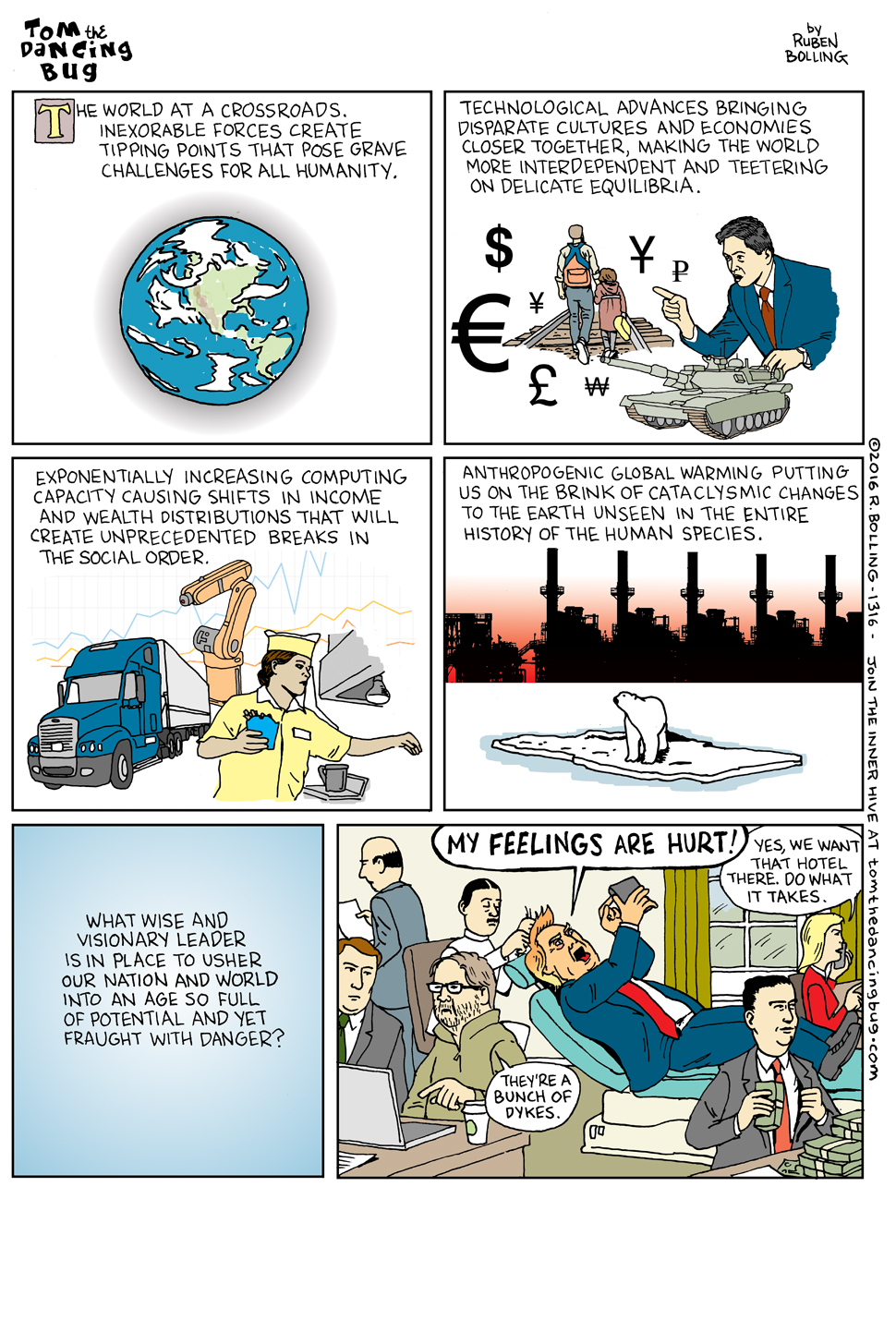 JOIN Tom the Dancing Bug's subscription club, the Proud & Mighty INNER HIVE, for exclusive early access to comics, extra comics, and so much more. Join by 12/24 and more than double your sign-up cost will be donated to promote Freedom of the Press. For more information, click here.