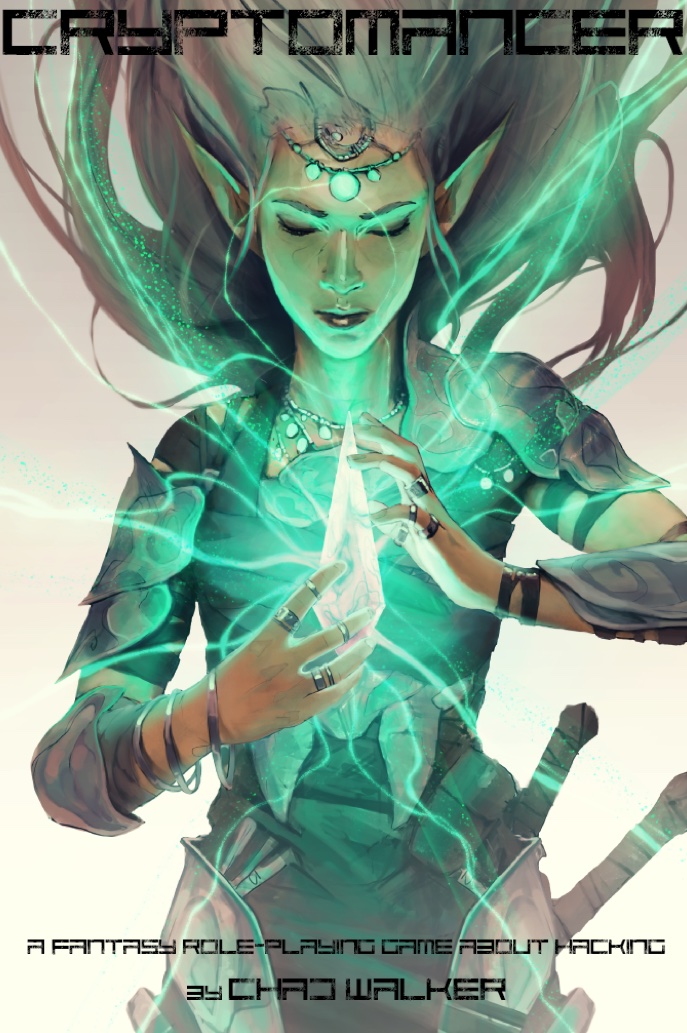 In Cryptomancer, players inhabit a fantasy world populated with elves, dwarves and humans, but they win out by designing and undermining cryptographically secured networks of magical gems that allow different factions to coordinate their actions over distance.

The game bills itself as "designed by hackers for hackers" and notes that even non-security-experts can pick up the fundamentals quickly, but that "seasoned security heads" will find it "a playground to test their offensive and defensive chops."

It's $10 for a DRM-free PDF or $35 for a hardcover with PDF. I haven't played this yet, but judging from the sales materials, it looks like an excellent way to teach information security fundamentals.

Cryptomancer’s fantasy infrastructure is easily taught to players with no IT background, but complex enough to provide even seasoned security-heads a playground to test their offensive and defensive chops. The game’s infrastructure sections cover the following:

*
A public shardnet that functions like the Internet: a vast fount of knowledge, a gathering ground for distributed communities, and a veritable warzone.

*
Techniques to enumerate shardnets, investigate breaches, geolocate users, scry through shards (as if they were IP cameras), and more.