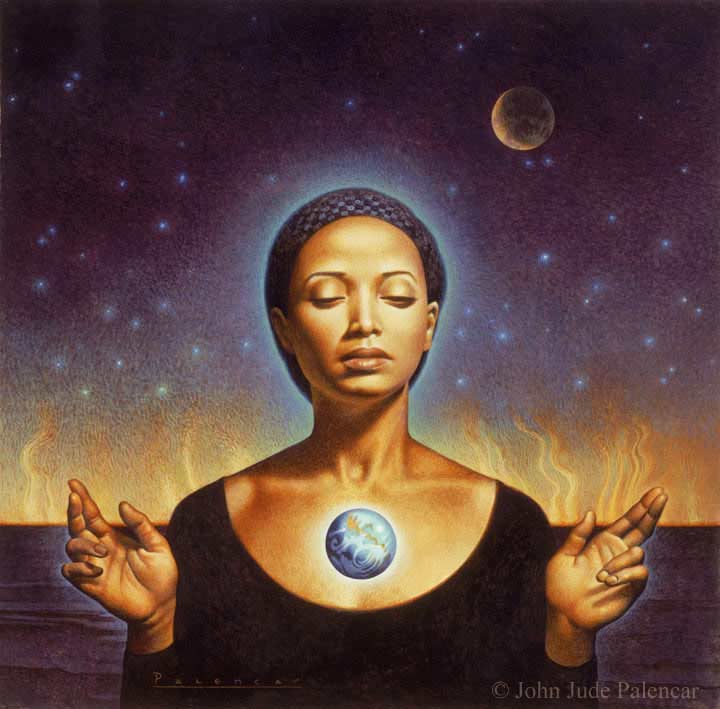 Kameron "Geek Feminist Revolution" Hurley notes that writers like Octavia Butler crafted stories that feel eerily prescient of our present moments with books like Parable of the Sower and Parable of the Talents -- but not because they were fortune tellers, but because trumpism -- corrupt confiscation of wealth, overbroad policing powers, discriminatory hiring practices, impunity for violent abusers -- has been a daily fact of life for brown people, women and queer people.

William Gibson has described science fiction as "predicting the present" -- taking parts of the future that are here but "just not evenly distributed," and writing about them as though they would become the salient facts of life for everyone in the years to come. For the cyberpunks, that meant imagining that poor people might have the mobile computing devices and access to computer networks that only the most privileged business elites and technologists were using in the mid-1980s.

While some science fiction was giving us futures in which the tools of the elites pushed out into the wider world, writers like Butler were presenting futures in which the daily grind of racialized people, women and poor people became the daily lives of the white middle class. Butler's best writing on the subject comes from the Clinton years, when Bill Clinton weaponized Reagan's attacks on poor people with his crime bill and welfare "reforms," just as neoliberal trade deals and automation were accelerating the deindustrialization of America. The precarity of Butler's characters, going from bare middle class stability and respectibility to homelessness and a nomadic, criminalized existence was just a fictionally amplified version of the lives of millions of Americans a quarter century again, and now that their trauma is being visited on larger slices of the nation, Butler's work takes on the aura of fortune-telling.


Science fiction writers have a role to play here, as Hurley notes: to provide hope, to warn, to plot a course.

We have our possible futures. We have our memories of the world we were building, the world we can build, and that cannot be taken away from us. We cannot lose our memories of both what we were headed toward and what we could still achieve. Because it is our stories of hope that have sustained us through each period of darkness, after which we emerged into brilliant flashes of light, and someday, perhaps someday, that bril­liant dawn. It is our hope that helped us make sweeping policy changes that protected the most vulnerable among us, and extended the rights of citizenship to all people, no matter who they love. That hope and that future are not dead, but they are set back once again, in that long and ancient war we have fought and written about as futurists and fantasists. The long war between the light and the dark, between our better selves and our darker natures.

Our hopeful stories, our ability to tell dif­ferent futures, will sustain us through this darkness as they have in the past and as they will in the years to come. That is not to minimize what we will face; we won’t all survive it. But it is a reminder that there is a future, however dark, to push through to the world on the other side.

Each generation has its moment to discover who it really is, and these times will test us to the utmost. We will find out who are friends and colleagues are at their very core, and it will shake us. But, as with every story of war and suffering and hope and despair, we will also discover who the heroes are.

There Have Always Been Times Like These [Kameron Hurley/Locus Magazine]