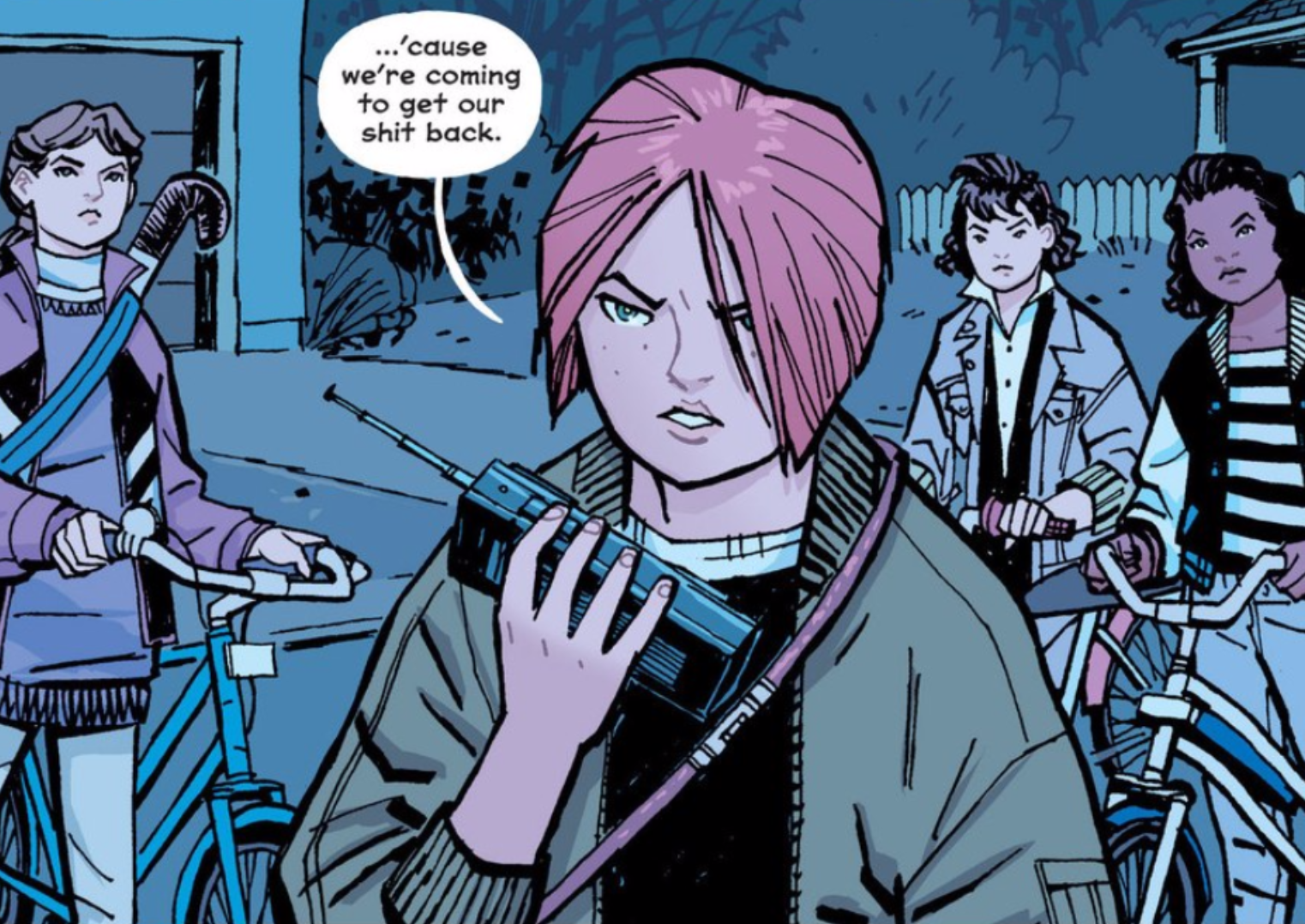 Paper Girls is a remarkable piece of storytelling, even by Vaughan's outlandishly fantastic standards. Vaughan has this incredible gift for telescoping action and dialog -- something also attributable to his artistic co-creators, like Cliff Chiang, best known for Wonder Woman -- dispensing with the connective tissue of the story and diving straight into the muscles of the tale.

This ability to make the action race gives Vaughan the narrative headroom in which to complexify his stories, adding the kinds of layers that make the very best long-form stories so satisfying: false turns, fake-outs, factions, halls of mirrors and mysteries that keep you guessing.

That's his secret sauce, and it's what won Paper Girls Best New Series of 2015. As William Gibson said of genre writers: "I can do plot. I've still got wheels on my tractor. The great thing is when you're doing the other stuff and you whip the plot into gear, then you know you're driving something really weird."

Paper Girls stars an all-girl cast of newspaper delivery kids for a fictional Cleveland newspaper, circa 1988 -- they are instantly and wholeheartedly likable, like the Goonies or the cast of Stranger Things. They convene on November 1, when the mean teenagers of Cleveland are still out an about and making mischief, picking on the likes of them, and they band together in mutual self-defense.

Then things get weird.

The girls are assaulted by a group of costumed teens, who rip off a Radio Shack walkie-talkie that one of them saved for months to buy. The girls chase down these goons, ending up in a partially built house, whose basement holds a spaceship of some kind, or maybe it's a time-machine -- and after a flash and a bang, they emerge to a transformed neighborhood, overcast with a tornado out of which flap huge, monstrous dinosaurs ridden by lance-wielding, argot-speaking warriors who kill and kidnap all they meet.


Before long, the girls are hurled into a mystery tale of Vaughnian complexity, chased through time and space, meeting ambiguous heroes and villains, including several who may be clones of them -- or older versions, or neither.

There are more cliff-hangers than issues in these two collections. I read both yesterday and my mind is fizzing with theories. Knowing how Vaughan works, I may have to wait a long time to find out whether my theories are right, but at least I can assume that when there's no new Paper Girls to read, I'll be able to pick up a Saga.