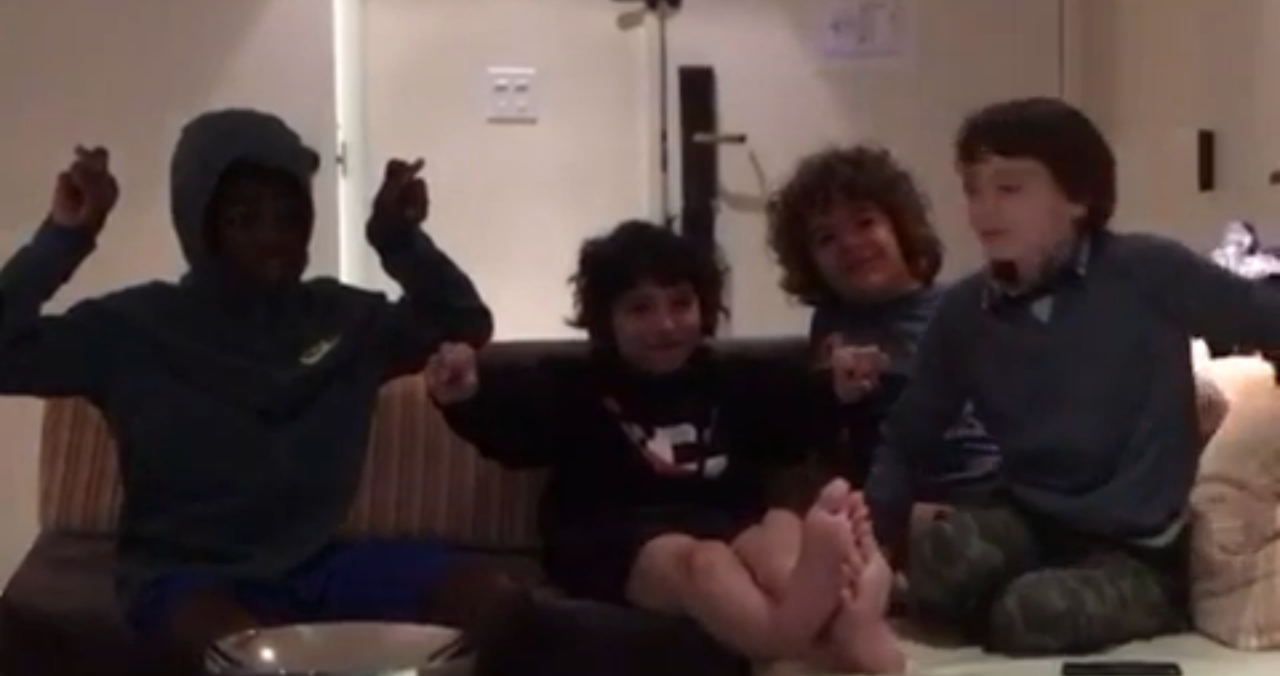 Stranger Things stars Finn Wolfhard, Gaten Matarazzo, Caleb McLaughlin, and Noah Schnapp couldn't be more jazzed that their Netflix show was nominated for Best Drama Series (along with a nod to Winona Ryder for Best Actress in a Drama Series).

When you wake up to #GoldenGlobes nominations for best drama series and best actress in a drama Winona Ryder: pic.twitter.com/Kw5JkXD4TM

Above, legendary punk trio Hüsker Dü meet Joan Rivers and perform on her Late Show in 1987. I have a special love for Hüsker Dü as they were my first club show, back in 1985 or so. (My first concert was Styx and, yes, that was amazing too.) Over the years, I've gotten to know […]

Comedian and filmmaker Matthew Highton recreates classic TV show title sequences using only stock footage. The results remind me of the Seinfeld episode "The Bizarro Jerry." Above, Highton's take on Friends. Below, Buffy the Vampire Slayer, and, yes, Ducktales. (via Kottke)