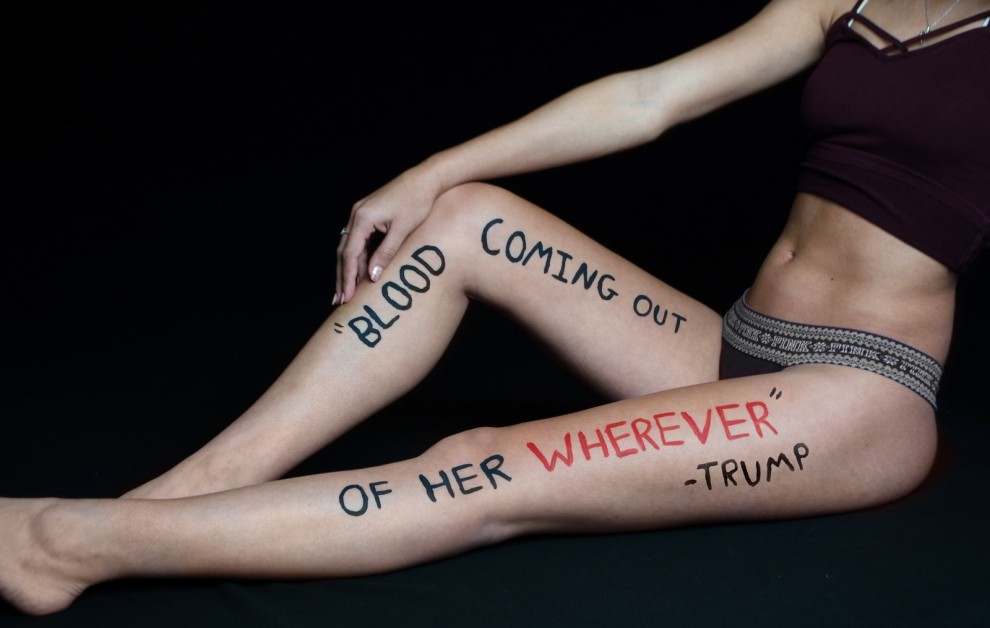 She took actual quotes from the president elect and painted them onto women’s bodies. She shared the photos on Tumblr after they were removed from her Facebook and Instagram.