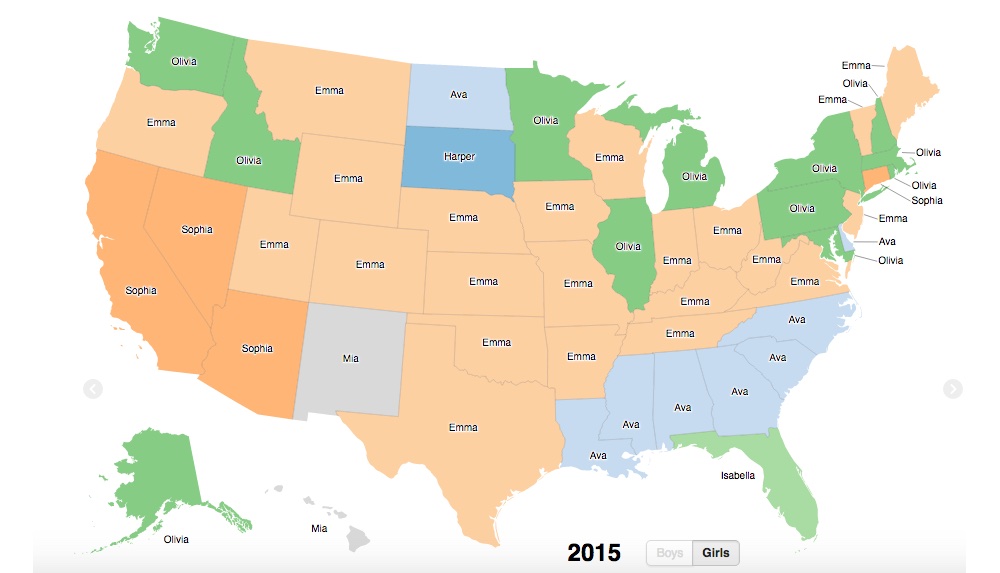 Zip through 105 years of popular baby names in this interactive map by Mike Barry. Toggle for boys or girls. We've come a long way from John and James and Helen and Mary.

The balkanization in the late 1990s is noteworthy. Noah, Liam, William, Emma, Olivia, Ava, and Sophia dominate today, but given the trends, that should change within 5 years.