Eating at all of LA's grand old restaurants and dives, one at a time 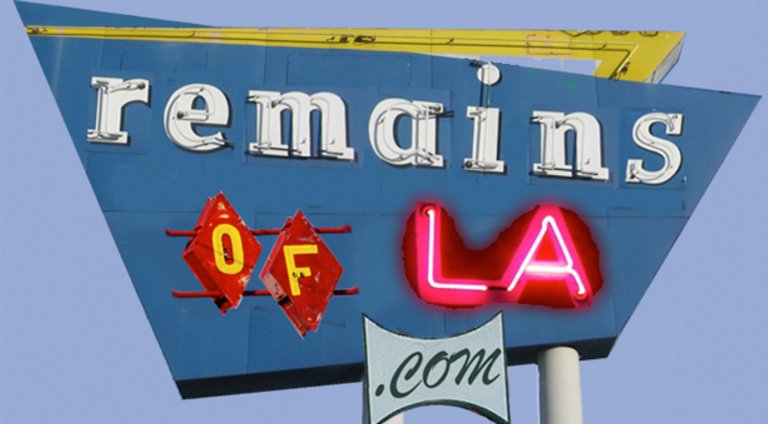 The Remains of LA blog has a mission: to "visit all the cool old places in LA (not all at once)." I met its proprietress today, working at my local Burbank library, and I share her passion for LA's old restaurants, though I lack her devotion! As she notes, "sometimes the food is good, and there are nice people."

She's reviewed 58 restaurants across LA County so far — given that she's a librarian, her reviews sometimes feature book accompaniment and conversational suggestions, as well as this category: "What Sort of Ghost I'd Expect to Find if I Believed in Ghosts Which I do Not." If you want to eat at a diner where every spot at the counter gets its own self-serve toaster or just Dr Hogly Wogly's Bar-B-Que, this is the guide to turn to.


One of the things I love about LA is that it is simultaneously a giant city and a collection of small towns, the kinds of place where the main streets haven't been so overrun by real-estate speculation as to drive out locally owned, beloved institutions. From my front door, I can walk to a century-old chili counter, a 50-year old deli and Italian counter-service place and a 70-year-old neon-lit steak joint (I go to all three regularly).

Remains of LA is exactly the guide I've been looking for since I moved back to California — I'm really excited to start trying its recommendations!

When I lived in Toronto, I had a group of friends who were eating at every restaurant in the city in alphabetical order. As much as I admire their dedication to the alphabet, the Remains of LA guide seems to hold a lot more promise for a reliable meal.