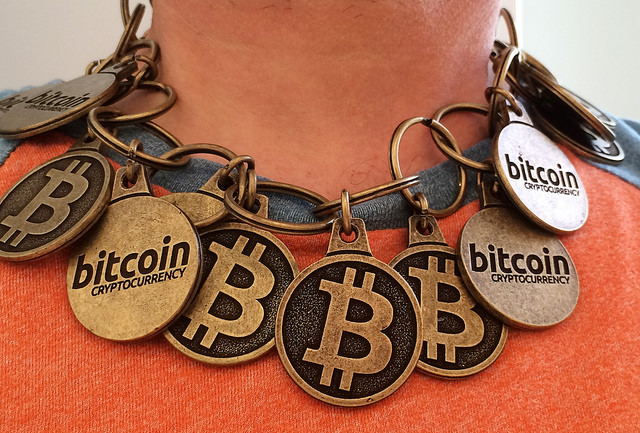 A hacker called up T-Mobile and convinced the customer service representative that he was Jared Kenna. T-Mobile believed the hacker and transferred Kenna's phone number from T-Mobile to another carrier. Once the hacker had Kenna's phone number he took over about 30 of Kenna's accounts, which had been protected with 2-factor authentication. The accounts included "two banks, PayPal, two bitcoin services — and, crucially, his Windows account, which was the key to his PC." In short order the hacker stole "millions" of dollars worth of Kenna's bitcoin.

From Laura Shin's article in Forbes:

Kenna was so early in bitcoin that he remembers when he would plug his computer into the network and see only four other computers running it. Now, there are more than 5,000. Computers supporting the network are slated into a competition to win bitcoin roughly every 10 minutes. In the early days, the payout was 50 bitcoin each time; now it’s 12.5. Kenna recalls that at a certain point, when he was “only” winning 50 bitcoins a day, he stopped supporting the network, thinking it wasn’t worth it. At today’s price, he was giving up on $40,000 a day.

Though he did have some bitcoins in online services, particularly since his businesses accept bitcoin as payment, he kept almost all his bitcoins on an encrypted hard drive. “It was essentially my never-sell-this-until-it-goes-to-a-billion-dollars nest egg,” he says. He had kept it offline for most of the past several years, but had connected that device in recent weeks to move them somewhere more secure and sell some. Though he had locked it with a 30-character password, the hackers moved the coins off. And unlike a credit card transaction, a transfer of a cryptocurrency is irreversible.

When asked how many bitcoins he lost, Kenna laughs. Confirming only that it was millions of dollars’ worth, he says, “I was one of the first people to actually do anything in bitcoin and I no longer have any bitcoin to speak of,” he says. “I’ve got, like, 60 coins or something, which is nothing compared to — it’s a fraction.”

A joint advisory from the FBI and the Department of Homeland Security’s Cybersecurity and Infrastructure Security Agency (CISA) warns that Chinese hackers are targeting U.S. based COVID-19 research entities.