The story behind the Christmas truce of 1914 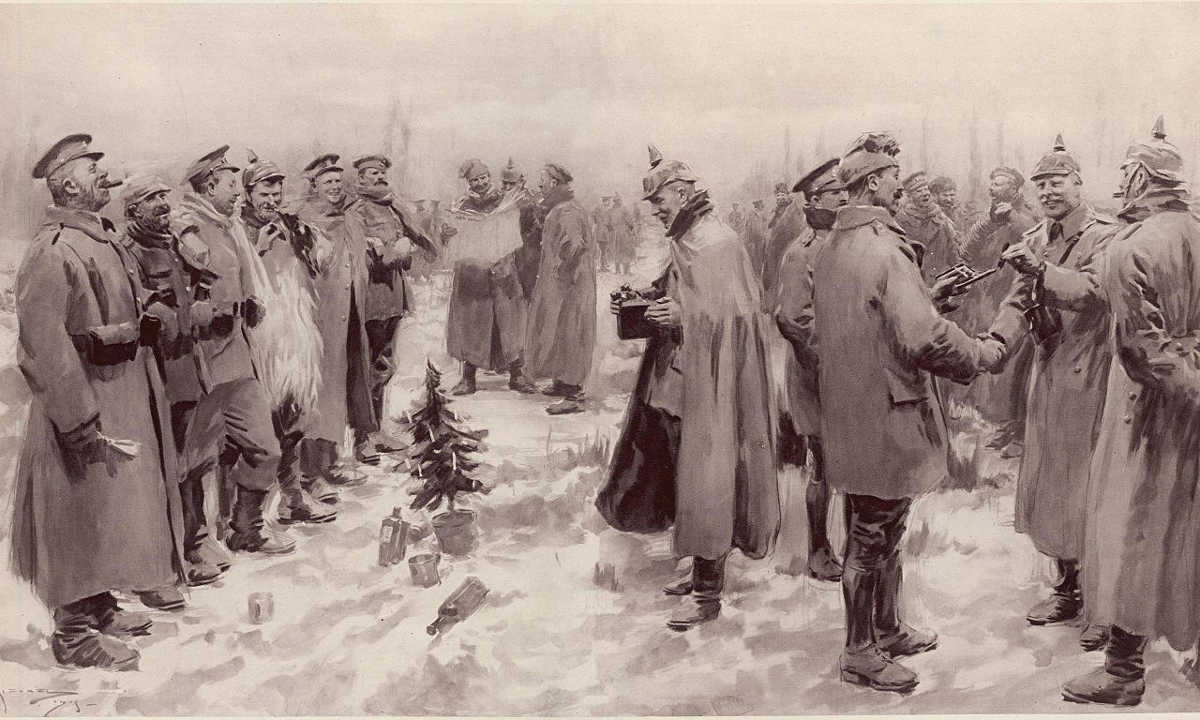 In December 1914 a remarkable thing happened on the Western Front: British and German soldiers stopped fighting and left their trenches to greet one another, exchange souvenirs, bury their dead, and sing carols in the spirit of the holiday season. In this week's episode of the Futility Closet podcast we'll tell the story of the Christmas truce, which one participant called "one of the highlights of my life."