Ulna-Stina Wikander: a Swedish artist who cross-stitches household objects and makes bracelets out of toy cars 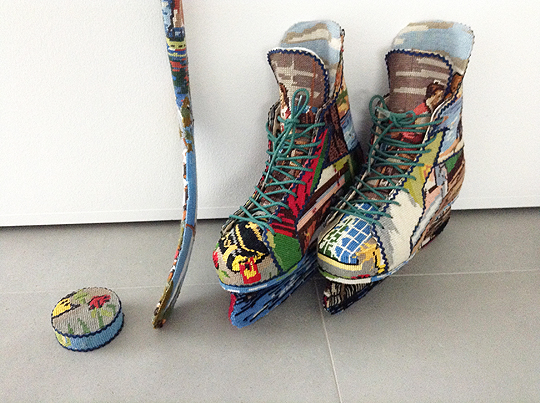 Ulna-Stina Wikander's many pieces include a wide variety of household objects (chairs, mirrors, etc) covered in meticulous cross-stitched fabric; bracelets and belts made from toy cars, lamps made from framed slot-car racetracks, and a lively miscellany of other pieces. Alas, her Flash-based site makes it impossible to link directly to my favorites (and I had to install the Flash plugin just to see it!), but it's well worth your time to go looking. (via Crazy Abalone)