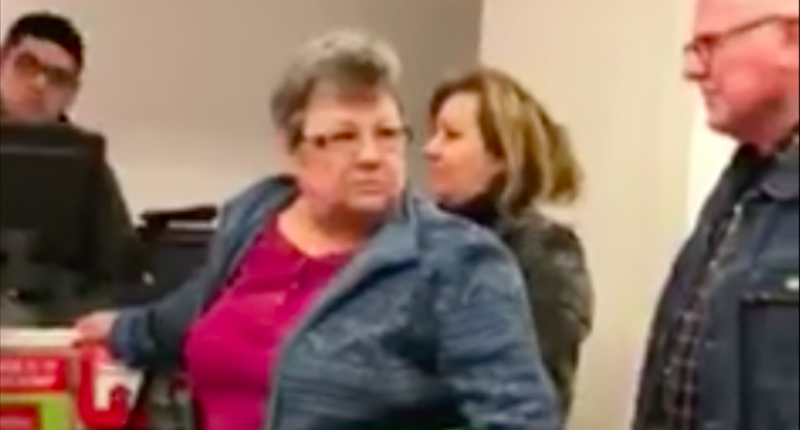 A Kentucky woman was banned from JCPenneys after directing a racist tirade against shoppers ahead of her in the checkout line.

It [the line] starts back there…And it don't bother me if I say it and I don't care if everybody hears me. I think everybody here probably feels the same damn way I do.

Just go back wherever the f*ck you came from," she said before turning to the cashier. "Hey!" she said. "Tell 'em to go back where they belong. You know, they come here to live and they act like they're everybody else. Get in the back of the line like everybody else does.

You're a nobody. Just because you come from another country, it don't make you nobody! Nobody, as far as I'm concerned. You're probably on welfare, the taxpayers probably paid for all that stuff.

… Speak English, you're in America.

A friend of the shopper in front had added further items to her basket, thereby adding several seconds to the checkout time and earning the white woman's racial ire.

Only the store clerk challenged her racist tirade; the targets ignored it and at least one person egged it on. But Renee Buckner captured it on video and posted it online. Within hours, the footage had millions of views.

A spokesperson said that the woman, once identified, will be "permanently banned from Jefferson Mall."