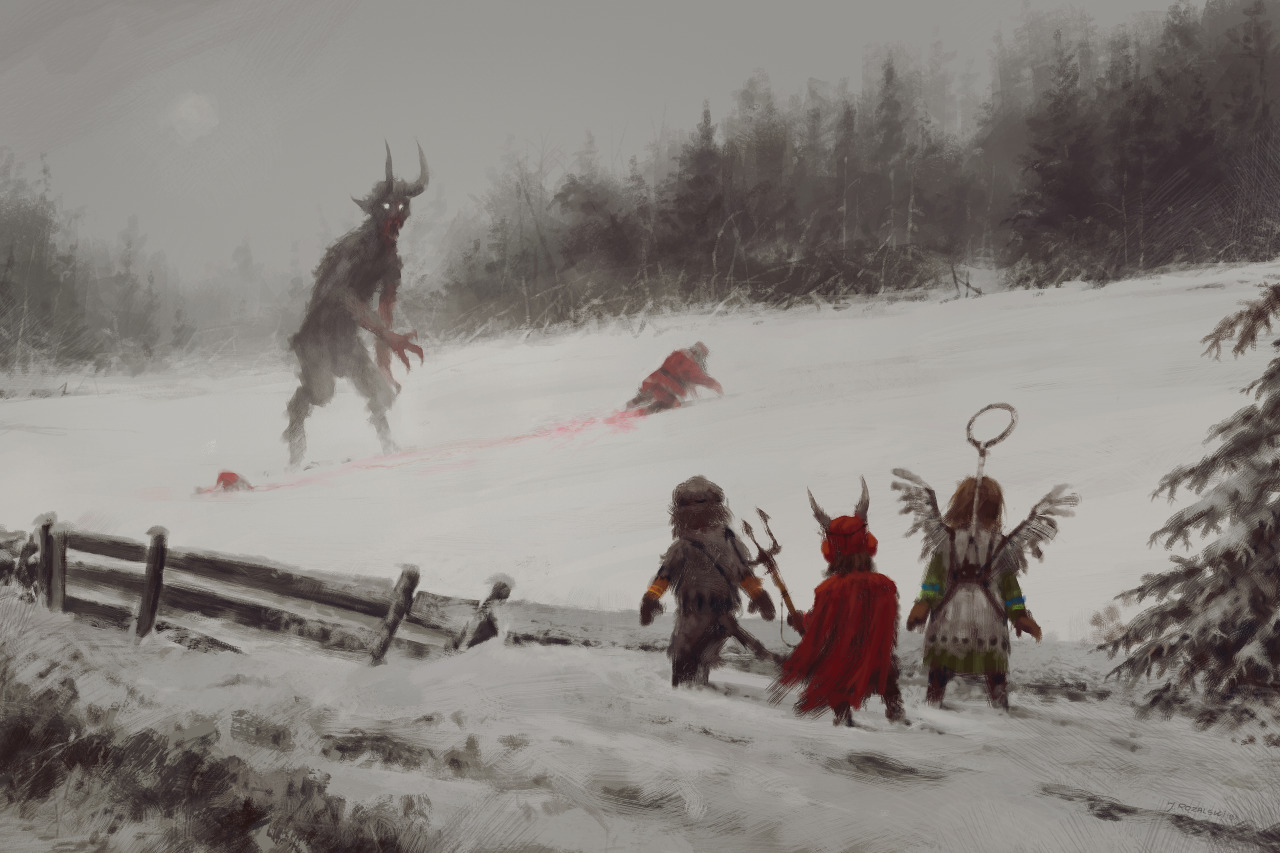 Rozalski produced much of this art for the successful kickstarted game Scythe, and the best of it has been collected in a $40, 105-page limited edition book. His Tumblr has notes on the individual pieces and the fantastic worlds from which they're drawn; another series is called "Wolfpack - 1863." His Artstation account features process notes and drafts of the paintings.

Rozalski’s intent is “to commemorate this sad and tragic period in history, in my own way, to light on this parts of history that usually remain in the shadows of other events… remember and honor the history, but live in the present.” He adds, “I like to mix historical facts and situations with my own motives, ideas and visions. … I attach great importance to the details, the equipment, the costumes, because it allows you to embed painting within a specified period of time.”