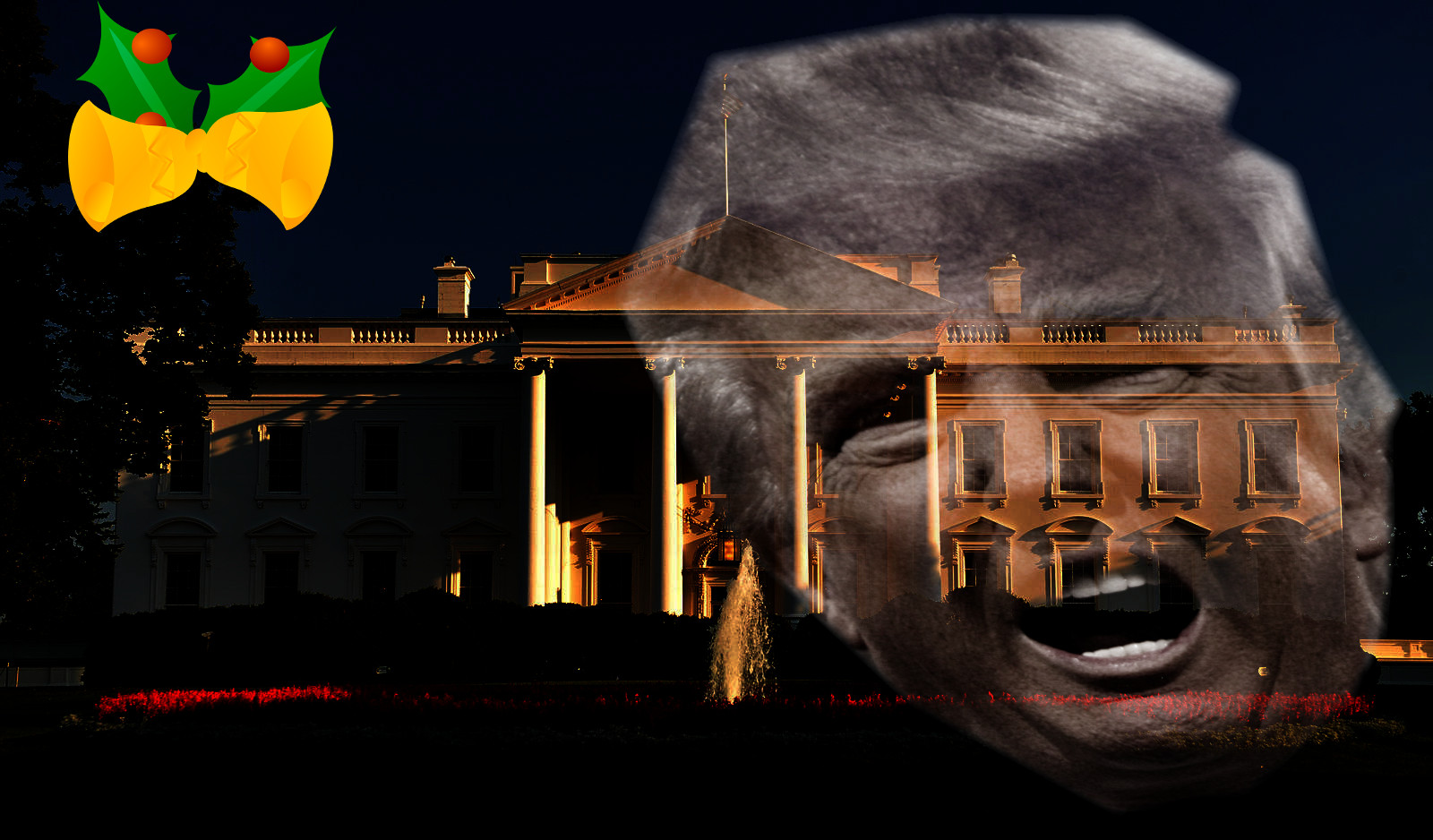 There was no doubt whatsoever about that. The election proclaimed it and the electoral college confirmed it and Trump himself signed off on the note, vaguely annoyed that Clinton had somehow still gotten 2.9 million votes more than he had. Well, they were from California. Everyone knew California didn’t count."

It was spectral, and ghastly, and behind it trailed numerous reel-to-reel recording machines, to which the specter was bound by braided quarter-inch recording tape.

Trump squinted at the apparition. “Who are you?” he cried.

“Ask who I was in life,” the specter said, and reached out, something in his hand. “And speak into the microphone. These goddamn ghost recorders aren’t worth shit.”

“What are you doing here? Now?”

“I have come to save you from my fate!”

“But you were one of the greatest presidents! Top three!”

“Who are the other two?”

“Well, there was Reagan. I mean, of course. Then…” Trump trailed off.

“You can’t name any others, can you?”