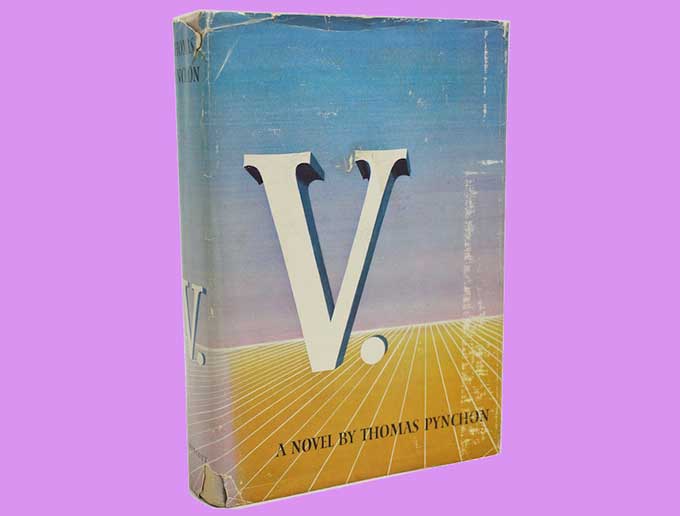 My friend and frequent Gweek podcast guest Josh Glenn put together a terrific list of Golden Age science fiction novels (which he classifies as 1934–1963). It includes YA sci-fi, comic books, science fantasy, Beckett, Borges, Vian, Pynchon, and "other science fiction-adjacent writing that typically doesn’t get included on such lists." Josh told me, "I had fun re-reading, or in some cases reading for the first time, a lot of terrific sci-fi yarns. I hope others enjoy it, too."

This is one heck of a great reading list, and Josh's commentary is great. I also like it that Josh hunted down the early cover art for each book, because it is so much better than the garbage cover art on recent editions.

Bookmark this page for a lifetime of reading.

50. Philip K. Dick’s The Cosmic Puppets (1956–1957). On a visit, with his wife, to his hometown — sleepy, isolated Millgate, Virginia — Ted Barton discovers that you can’t go home again. (Because your hometown is different in important particulars than you remember — shops, parks, even people no longer exist — and apparently, it always already was different. Also, a child with your name died in that town, years ago.) What’s going on? Has the town been caught up in an illusion — or are Ted’s memories false ones? Why does the town drunk remember the town the way Ted does? Who are the incorporeal Wanderers haunting the town? And why can’t Ted escape from Millgate? Although he struggles to make sense of these eerie incongruities, before long Ted finds himself in the midst of a cosmic struggle stretching far beyond Virginia or even Earth. SPOILER: The Zoroastrian demigods Ohrmuzd and Ahriman might have something to do with all this. Is Ted… a messiah figure? Stranger things, indeed. Fun fact: The novel is a revision of Dick’s 1956 story “A Glass of Darkness,” which appeared in Satellite Science Fiction. The title refers to a Bible passage (First Corinthians 13:12) which the author would deploy again, for perhaps his best novel: A Scanner Darkly.

60. Walter M. Miller’s A Canticle for Leibowitz (1960). In the novel’s first section, set in the 26th century, the monks of a Catholic monastery founded in the name of Leibowitz — a Jewish-born engineer and booklegger who’d attempted to preserve humankind’s scientific and technical knowledge during a violent backlash against modern civilization — faithfully, lovingly copy and illuminate documents they cannot understand. The head of the monastery, located somewhere in the post-apocalyptic desert of Arizona, is so consumed with Leibowitz’s canonization that he’s dismayed when Brother Francis, a simple-minded monk, finds a trove of Leibowitz’s lost documents. In the second section, set in 3174, a new Renaissance is beginning: the abbey has developed a treadmill-powered electrical generator, a secular scholar affords the reader insight into what a treasure trove of documents the Order has preserved; and local tribes battle. In the final section, set in 3781, the Leibowitzan Order’s mission has expanded to the preservation of all knowledge — and not a moment too soon, because nuclear apocalypse once again threatens life on Earth. Fun fact: A Canticle for Leibowitz, Miller’s only novel, won the 1961 Hugo Award. The novel’s three sections (“Fiat Homo”, “Fiat Lux”, “Fiat Voluntas Tua”) were first published in The Magazine of Fantasy & Science Fiction. One of my favorite science fiction novels of all time.