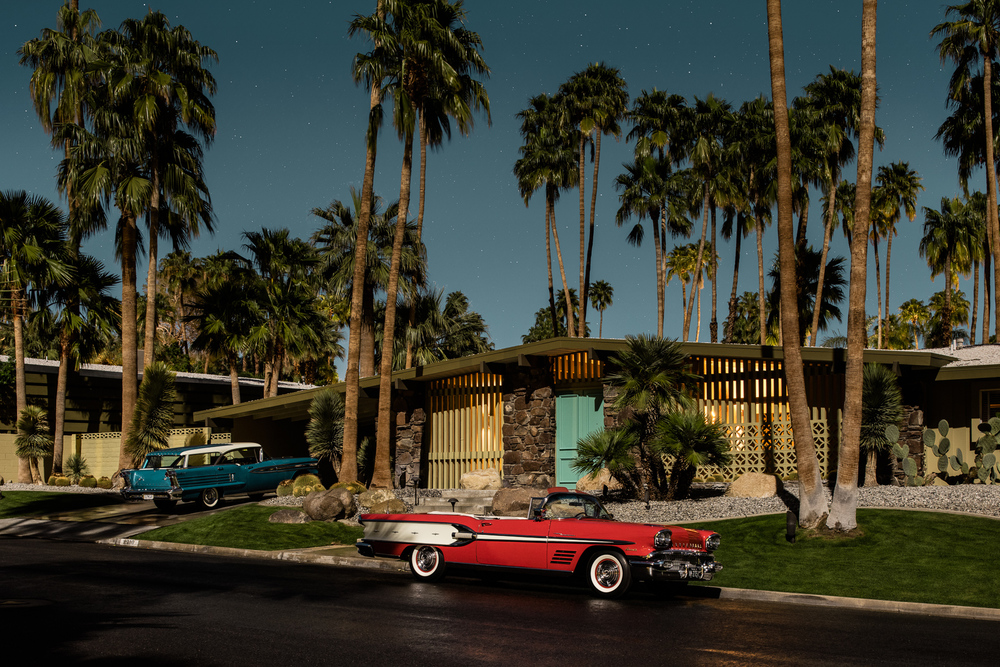 Australian photographer Tom Blachford found a way to make vintage cars and midcentury modern Palm Springs homes look classic yet strikingly modern: shoot them on long exposures under a full moon. The resulting series, Midnight Modern, is worth checking out.

There's even a forthcoming book:

Created over the course of three years by Australian photographer Tom Blachford, the surreal images function as portals in time, with the homes, cars, and beautiful scenery appearing almost exactly as it all did 60 years ago. The crisp moonlight adds a new dimension to the famous mecca of desert modernism and shows a contrasting side of a town famous for its sunshine, cocktails, and hedonism.