More than 20,000 dead fish mysteriously washed up in Nova Scotia 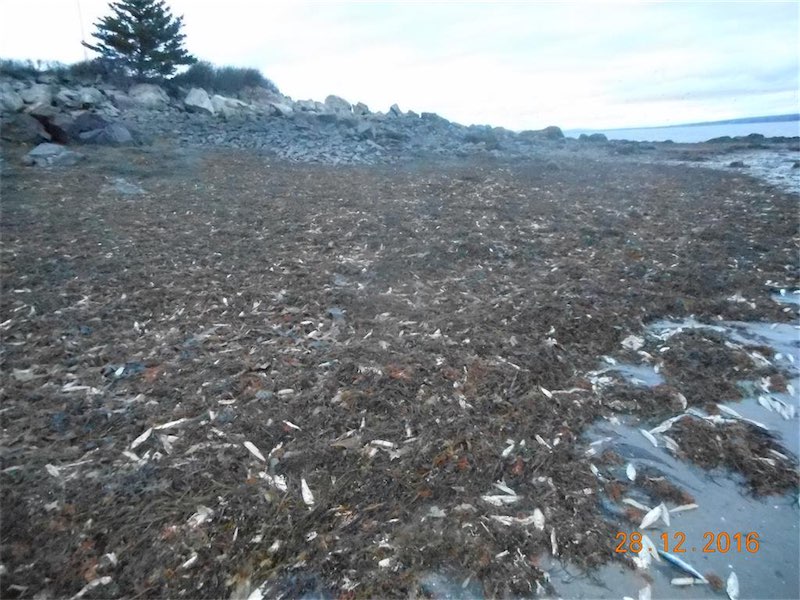 Tens of thousands of fish, starfish, scallops, crabs, lobsters, and other ocean life washed up dead this week at Savory Park on the western coast of Nova Scotia. The cause of the massive fish death is not yet known. From CNN:

Environmental officials are testing the water for pesticides and oxygen levels for possible clues...

While toxic chemical exposure can be one cause, most fish kills are attributed to low concentrations of dissolved oxygen in the water, according to the USGS.