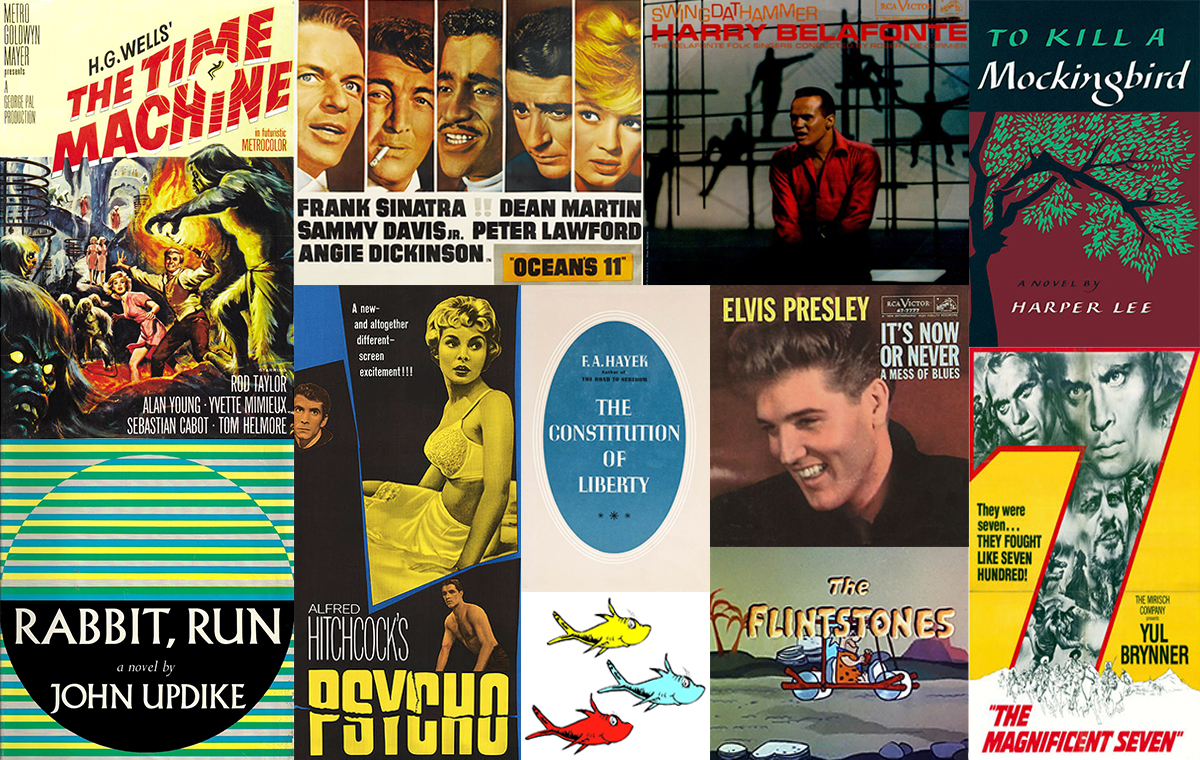 Jennifer Jenkins writes, "What could have been entering the public domain in the US on January 1, 2017? Under the law that existed until 1978 -- Works from 1960. The books 'To Kill a Mockingbird' and 'Rabbit, Run' the films 'The Magnificent Seven' and 'The Time Machine' early episodes of 'The Flintstones' the musical 'Camelot' and more -- What is actually entering the public domain this January 1? Not a single published work."

What books would be entering the public domain if we had the pre-1978 copyright laws? You might recognize some of the titles below.

* Harper Lee, To Kill a Mockingbird

* William L. Shirer, The Rise and Fall of the Third Reich: A History of Nazi Germany

* Friedrich A. Hayek, The Constitution of Liberty

* Daniel Bell, The End of Ideology: On the Exhaustion of Political Ideas in the Fifties

* Arthur M. Schlesinger, Jr., The Politics of Upheaval: The Age of Roosevelt

The books above are but a fraction of what would be entering the public domain on January 1. Imagine them being freely available to students and teachers around the world. Readers interested in iconic stories of courage in the face of racial injustice, or middle class America in the late 1950s, or just great literature, would have something to celebrate. In the current political climate, Shirer’s work, and also those of Hayek, Bell, and Schlesinger, might provide food for thought. And Dr. Seuss’s beloved books would be legally available for free online for children (of all ages).

You would be free to use these books in your own stories, adapt them for theater, animate them, or make them into a film. You could translate them into other languages, or create accessible Braille or audio versions.2 You could read them online or buy cheaper print editions, because others were free to republish them. Empirical studies have shown that public domain books are less expensive, available in more editions and formats, and more likely to be in print—see here, here, and here. Take, for example, The Conscience of a Conservative by Barry Goldwater—like the works listed above, it was published in 1960; but unlike those works, it’s in the public domain because the copyright was not renewed. You can legally download it for free, and the purchase price for an eBook is $0.99, instead of $10 or $20.

Imagine a digital Library of Alexandria containing all of the world’s books from 1960 and earlier, where, thanks to technology, you can search, link, annotate, copy and paste. (Google Books has brought us closer to this reality, but for copyrighted books where there is no separate agreement with the copyright holder, it only shows three short snippets, not the whole book.) Instead of seeing these literary works enter the public domain in 2017, we will have to wait until 2056.