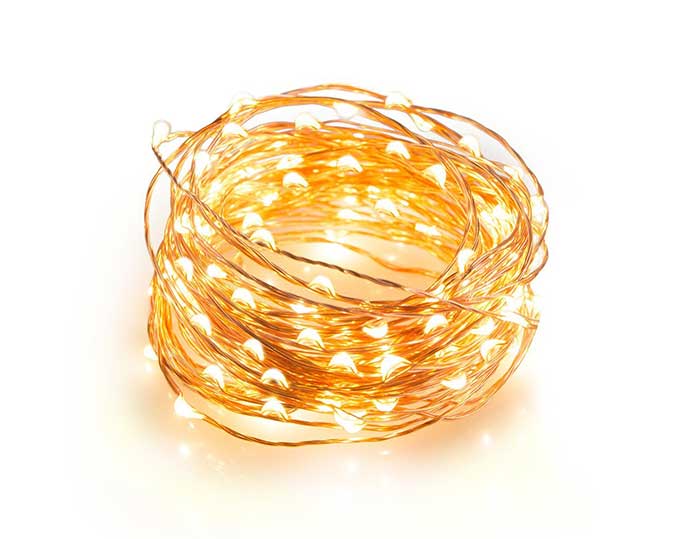 I placed this 33-foot string of LED lights along the brick path leading to our front door. The light from the LEDs is pleasantly warm and does a good job of illuminating the path without hurting your eyes at night. The whole string burns just 5w so when I forget to turn it off, it's not a big deal. It's just $(removed) on Amazon with free prime shipping.