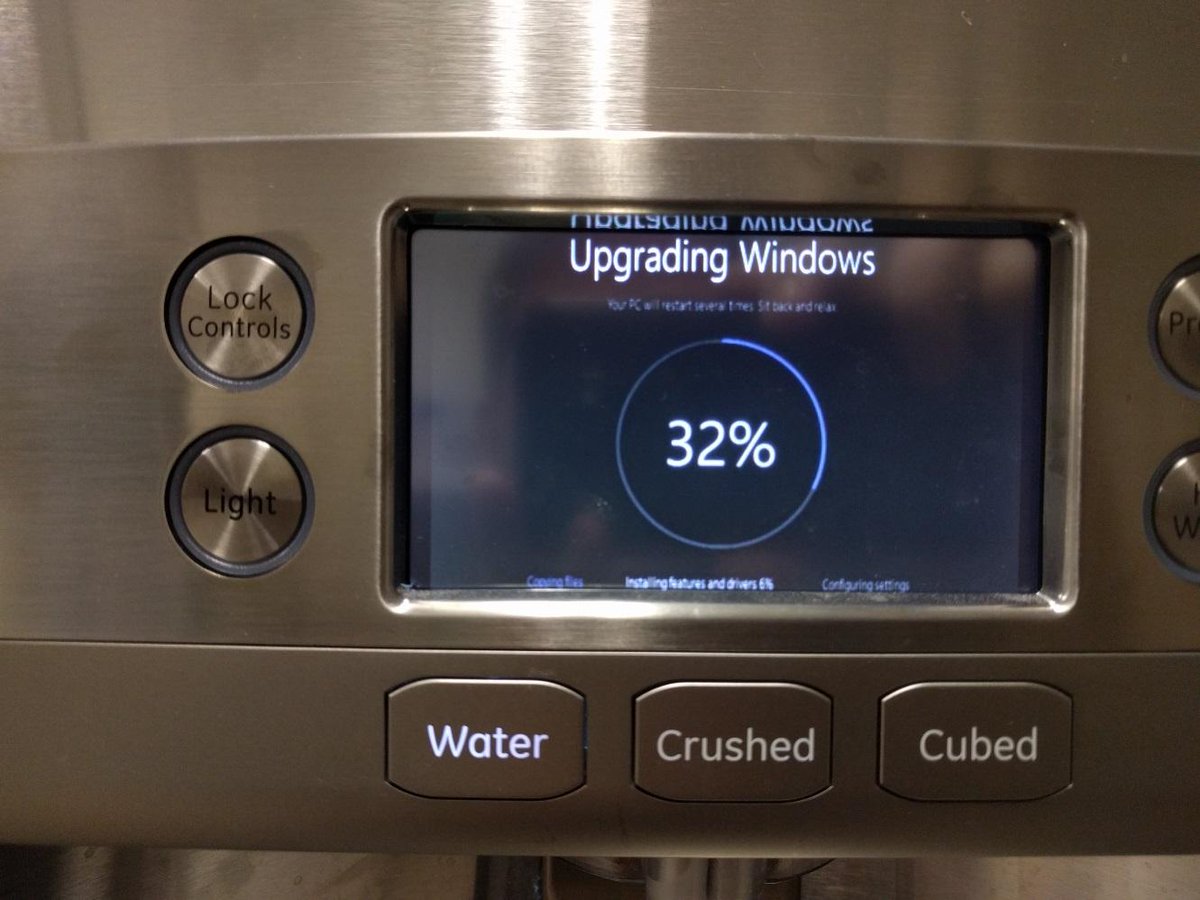 Intel Director of Incident Response Jackie Stokes has captured the entirety of 2017 in a single image: a watercooler that won't dispense water until it has installed a Windows upgrade (caption: "I just wanted some water...").