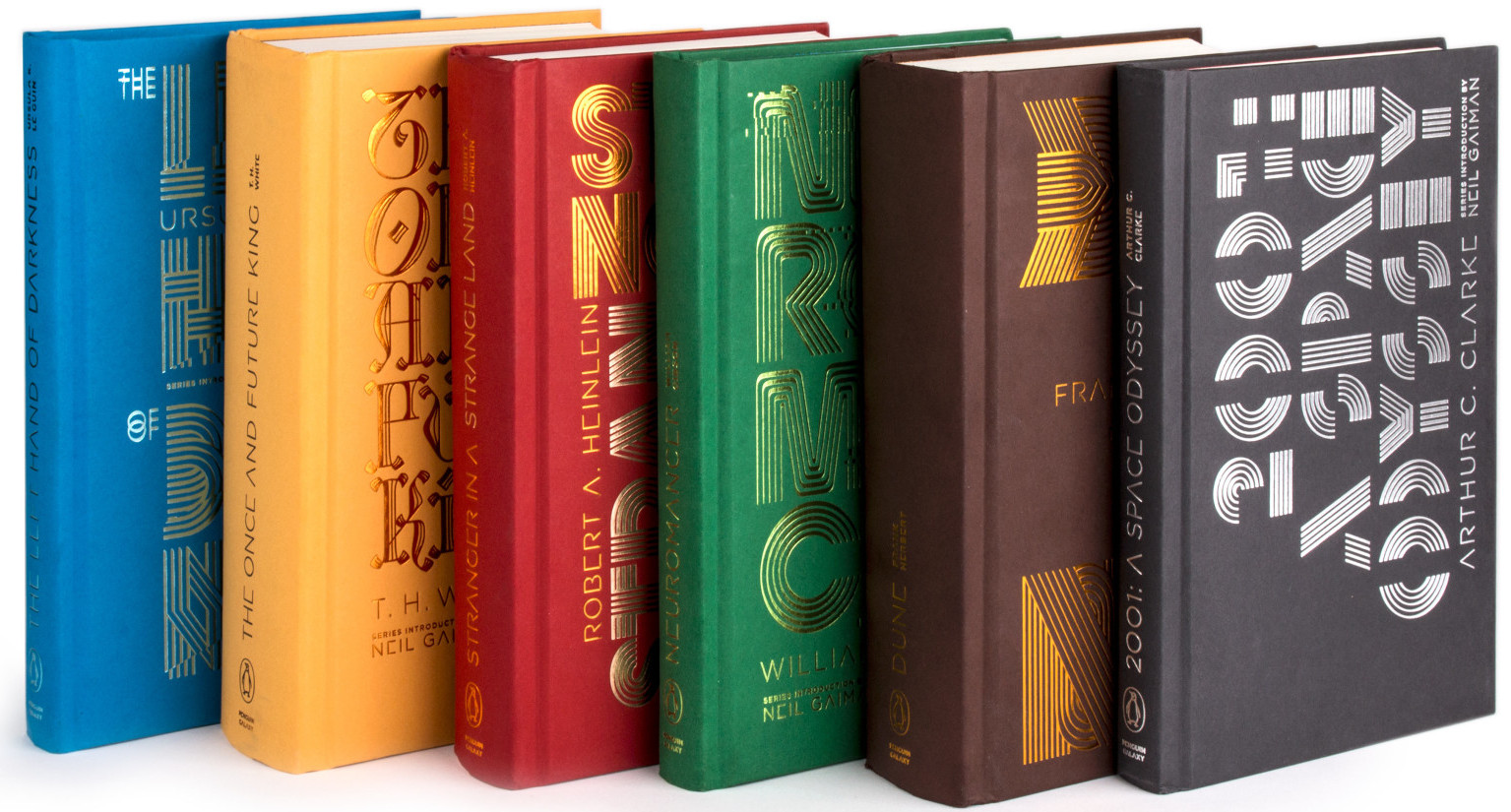 Last October, Penguin released its Galaxy boxed set, a $133 set of six hardcover reprints of some of science fiction's most canonical titles: The Left Hand of Darkness by Ursula K LeGuin; Stranger in a Strange Land by Robert A Heinlein; 2001: A Space Odyssey by Arthur C Clarke; Dune by Frank Herbert; The Once and Future King by TH White; and Neuromancer, by William Gibson.

The series is curated and introduced by Neil Gaiman, whose essay on the charm and value of science fiction appears at the start of each of the handsome volumes. It's a fine essay, placing each book in its historical context, and turning a writerly eye to their construction and techniques, as well as some of the memoir that makes Gaiman essays such fine reads (see, for example, his 2016 essay collection The View From the Cheap Seats).


As nice as that essay is, it's eclipsed by the gorgeous design, courtesy of Spanish designer Alex Trochut, whose impressive CV includes a Grammy nomination for Best Recording Package. Trochut does away with fussy book-jackets and prints his titles straight onto the books' boards in stylized, embossed gold leaf type -- with clever type-art for every cover.

The spines are "upside-down" (for English-language books -- they run bottom to top, as is normal for most other languages), making them stand out more, and the board covers are deep, saturated colors.


It's a gorgeous, lush package, the kind of thing that looks great on a shelf and feels wonderful in your hand -- well made editions of brilliant books, introduced with grace and wit. Really, what's not to like?

Stranger in a Strange Land [Robert A Heinlein/Penguin Galaxy]

The Once and Future King [TH White/Penguin Galaxy]