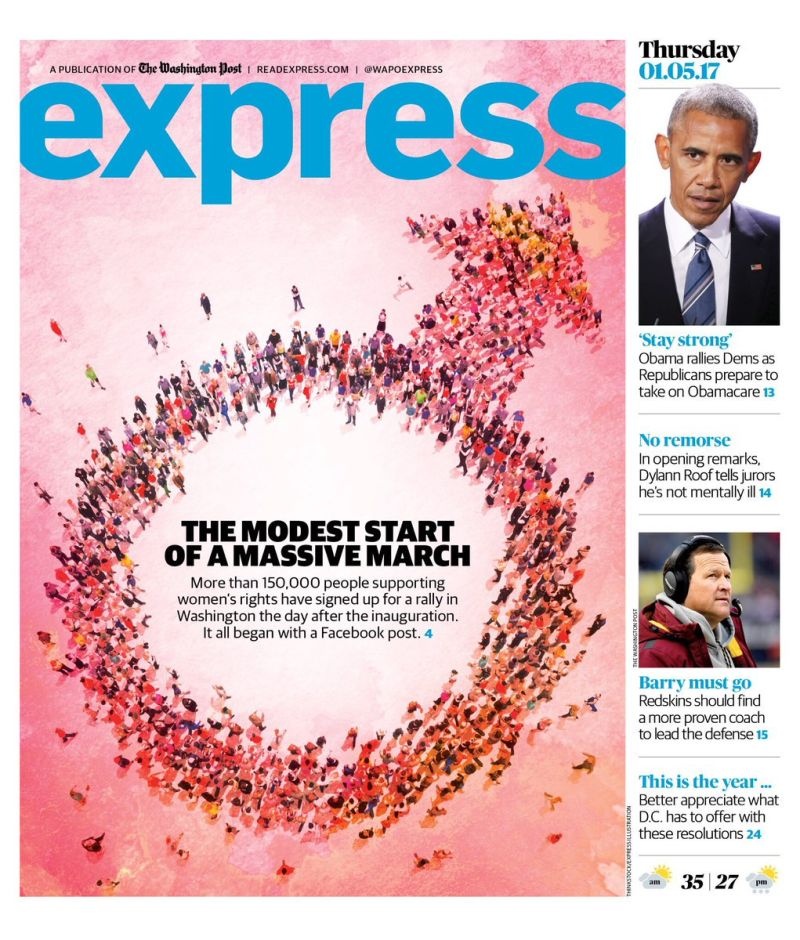 While it's symbolic that Washington Post Express put the Women's March on Washington on their cover, the cover itself was symbolic for all the wrong reasons. Ouch.

This is how the cover should have looked. We apologize for the mistake. pic.twitter.com/MKKOkHPV8T

I bet a couple of people had a bad day when that came out.