David Bowie, circa 1999, on the "exhilarating and terrifying" future of the Internet 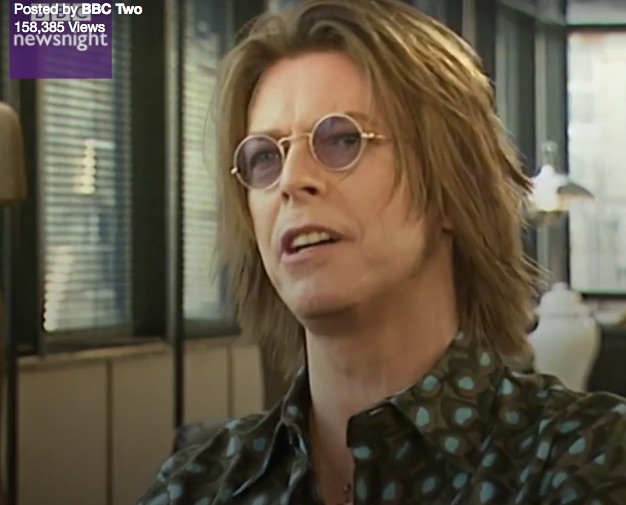 Of all of the accolades that Bowie received after his death last January 10th, there was precious little said about his pioneering work on the Internet and the burgeoning World Wide Web. In 1998, he launched Bowie.net and became the first major artist to create his own internet service, to distribute his songs online, to use the Web to offer things like branded/vanity email (yourname@bowie.net) and exclusive backstage access to Bowie.net subscribers (using crappy late-90s streaming technology), and to use the Web to communicate directly and collaborate with fans.

In this video clip from 1999, he talks with the BBC's Jeremy Paxman and seems to shock him with what sounds like an alarming prediction about the future of the Internet.

Bowie: I think the potential for what the Internet is going to do for society, both good and bad, is unimaginable. I think we are on the cusp of something both exhilarating and terrifying.

Bowie: No it's not, no. It's an alien life form. [Laughs] Is there life on Mars? YES, and it's just landed here.