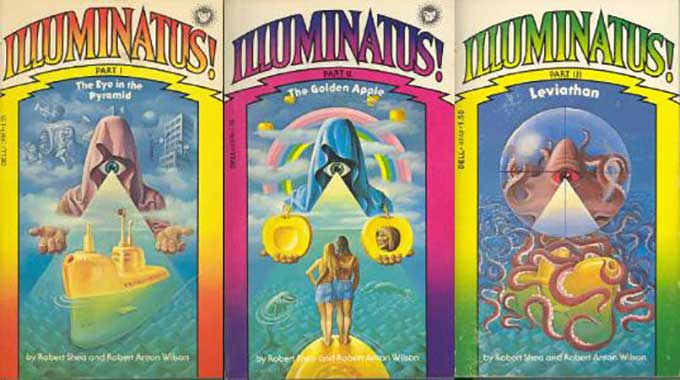 “I regard belief as a form of brain damage.”
― Robert Anton Wilson

Bob was an intensely curious, intellectually playful, and profoundly insightful person and his writing and talks influenced my world view more than any other writer. He wrote about conspiracy theories, government nuttiness, the future, Freemasonry, quantum physics, magick, occult and paranormal phenomena, human behavior, mental models, psychedelic drugs, cult psychology, and the nature of reality. He had a knack for giving straightforward explanations of hard-to-grok concepts without stripping them of their power or complexity. Before I read RAW's books, the world was confusing and mysterious. After I read his books, the world became much more confusing and mysterious -- but in a good way! Bob converted me from atheism to agnosticism (which, in his words, means "never regarding any model or map of the universe with total 100% belief or total 100% denial").

One of my favorite things about Wilson was his skepticism towards skeptics. From Wikipedia:

Wilson also criticized scientific types with overly rigid belief systems, equating them with religious fundamentalists in their fanaticism. In a 1988 interview, when asked about his newly-published book The New Inquisition: Irrational Rationalism and the Citadel of Science, Wilson commented: "I coined the term irrational rationalism because those people claim to be rationalists, but they're governed by such a heavy body of taboos. They're so fearful, and so hostile, and so narrow, and frightened, and uptight and dogmatic... I wrote this book because I got tired satirizing fundamentalist Christianity... I decided to satirize fundamentalist materialism for a change, because the two are equally comical... The materialist fundamentalists are funnier than the Christian fundamentalists, because they think they're rational! ...They're never skeptical about anything except the things they have a prejudice against. None of them ever says anything skeptical about the AMA, or about anything in establishment science or any entrenched dogma. They're only skeptical about new ideas that frighten them. They're actually dogmatically committed to what they were taught when they were in college..."

Philip K. Dick spoke for many RAW readers when he said, "Wilson managed to reverse every mental polarity in me, as if I had been pulled through infinity. I was astonished and delighted."

In 2012, Boing Boing posted a series of remembrances, interviews, videos, and other material about Robert Anton Wilson. Here they are:

Mindfucking Since 1976, by Gareth Branwyn

A letter from Robert Anton Wilson (1991), by Mark Frauenfelder

My Strange Evening with Robert Anton Wilson, By Lewis Shiner

My Weirdest Summer Ever, by Erik Davis

RAW quote: we look for the secret

RAW quote: a monopoly on communication

Wilson and I, by Richard Metzger

Cosmic Trigger helped me get out of Jehovah's Witnesses, by Angus Stocking

RAW quote: in other words, if you think you know what the hell is going on, you're probably full of shit.

Everything I Need to Know I Learned From RAW, by David Jay Brown

"Some of this stuff might be bullshit," by Peter Bebergal

Trickster Santa and the Real Revolution, by Tiffany Lee Brown

"I am not that kind of Libertarian, really; I don't hate poor people," by Tom Jackson