The World Wealth and Income Database: data and visualizations from 110 researchers in 70 countries 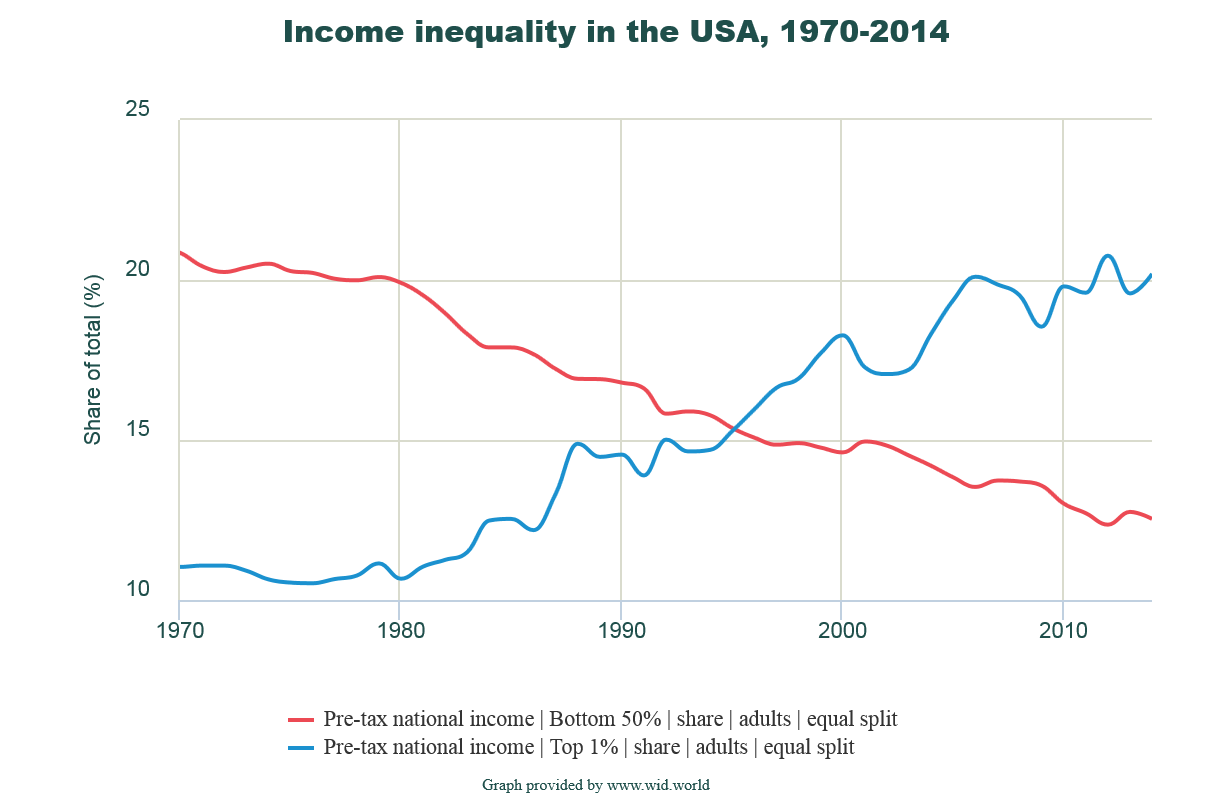 Thomas "Capital in the 21st Century" Piketty endorses the World Wealth and Income Database, where you will find "open and convenient access to the most extensive available database on the historical evolution of the global distribution of income and wealth, both within countries and between countries" in English, with upcoming translations in Chinese, Spanish, Arabic and French.

With one striking result: the share of bottom 50% incomes dropped from 20% to 12% of total national income between 1980 and 2014, while the share going to the the top 1% rose from 11% to 20% over the same period. Both groups have basically exchanged their respective positions in terms of income shares. This corresponds to a dramatic collapse of the relative position of bottom income groups in US society during this period. The figure below (also available here) summarizes the situation and is part of thousands of figures and maps which can be easily generated and exported from WID.world.

To be concrete, the average annual income of the bottom 50% has stagnated at about 16000 dollars (expressed in constant dollars 2015), while the average income of the top 1% rose from 27 times to 81 times this amount, that is from a little over 400 000 dollars in 1980 to over 1,3 millions dollars in 2014. Note that top 1% individuals are by construction 50 times less numerous than bottom 50% individuals: if their average income is 27 times higher this is not sufficient to compensate their smaller numerical size; but once their average income is 81 times higher, their share in total income is substantially higher than that of the bottom 50%.