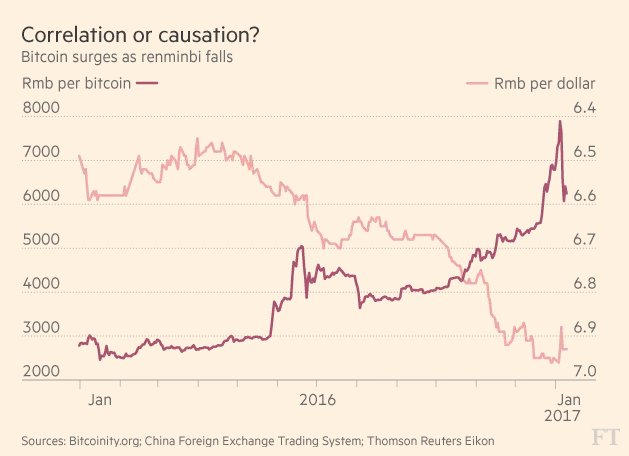 In case you were wondering why Bitcoin experienced a crazy spike recently: China's economy is a hyperinflated bubble, poised to burst and the Chinese central bank is depreciating the Renminbi -- so China's wealthy are getting their cash out of the country as fast as they can, using any means necessary: suing themselves, spending huge whacks of cash while on vacation, and converting it to Bitcoin (this is especially urgent now that the Canadian real-estate money laundry is shutting down) -- this is just the latest salvo in the Chinese capital flight story.