In one day, Trump and Republicans shattered the norms of decency, political transparency, and accountability 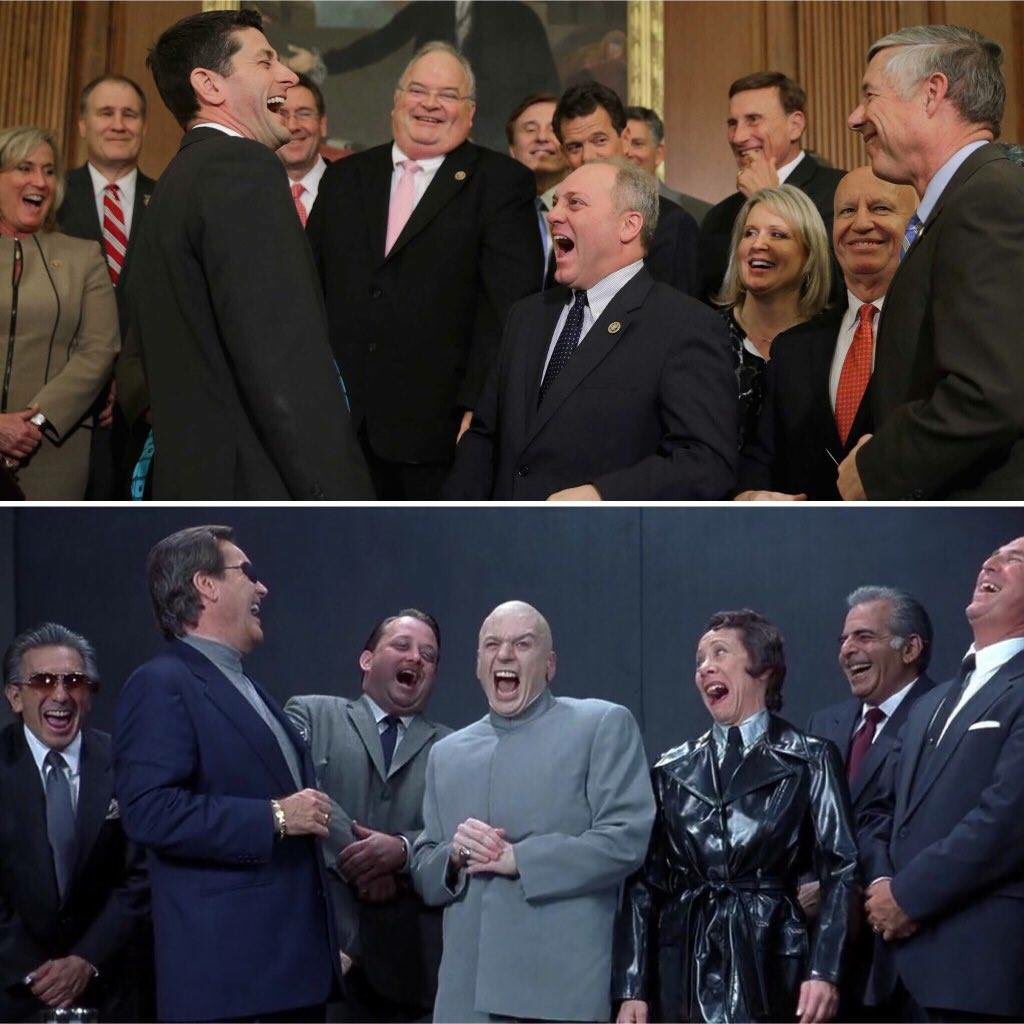 In a 24-hour period, America experienced: its next president giving a press-conference in which paid shills applauded or booed as suited his needs; its next president wielding a binder of blank pages as a prop, declaring it to be his "conflict of interest plan"; its next president setting out a way to launder bribes through the State Department; its Congress holding a 1AM vote to ban the Budget Office from investigating the real costs of legislation; its Senate voting to strip 22 million people of health-care (including me and my family). That was all in one day.

In a public statement, the Finji games company reminds us that this is not normal, and it's not good. It's not OK.

America is a plural democratic republic - the only one in the world. We are unique in some ways. We have some unique challenges. We have some unique struggles. We have a plurality of perspectives. Finji’s co-founders grew up in rural Michigan, in tiny towns, but we also lived in some big cities. We’ve seen a lot of things and known a lot of different brilliant folks from all walks of life. We respect a healthy debate, and understand that compromise is not just a necessary reality but the way progress happens.

But what we’re seeing now is not that. This is not compromise. An unpopular President-Elect is about to take office and preside over a single-party government that has no concern for the health and welfare of their constituents. A party that just demonstrated they unequivocally value tax cuts for the hyper-rich over the survival of the poor. A party that came to and maintains power through abusing the Voting Rights Act, gerrymandering districts into oblivion, legislating against incoming lawmakers, and leveraging the slave-state-favoring power of the Electoral College. By establishing a majority in all three branches of government, they now have the power to legislate without opposition.

This is not OK.

The last 48 hours have shown what they intend to do with their power, and that they’re capable of following through. Our official statement is below. Please consider though that we understand that there are nuances and subtlety to governance that are hard to address in a single press release. We have serious problems ourselves with the Affordable Care Act. We understand that corruption is widespread in both parties, and that much of the harm that has come to pass this week is directly attributable to the passivity, weakness, and greed of the Democratic Party. We acknowledge all these things, but still feel it is important to make this statement:

This Is Not OK