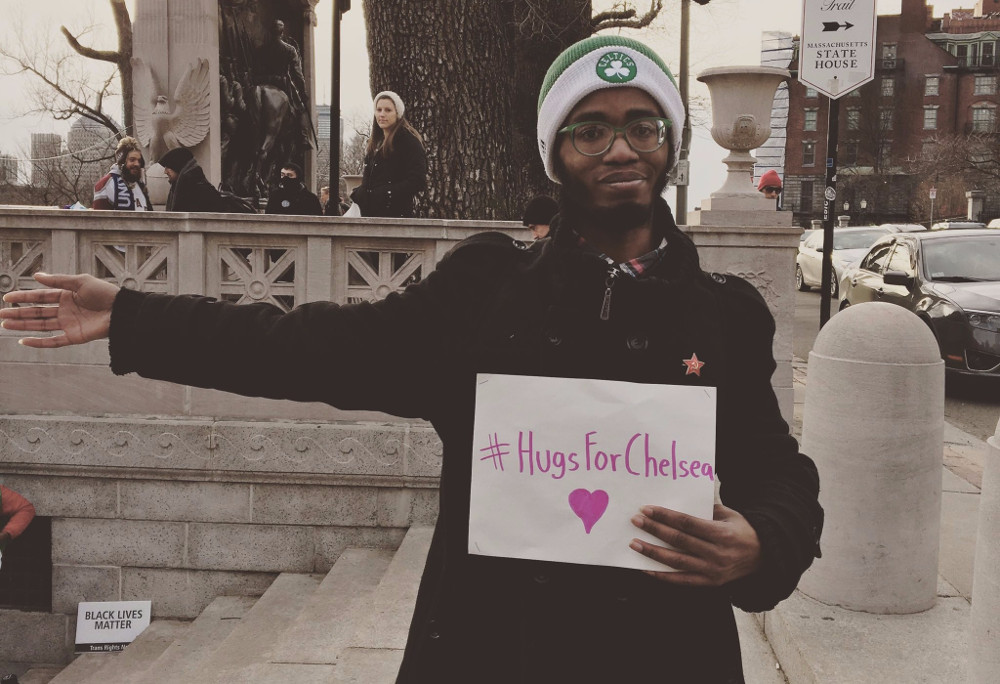 Evan from Fight for the Future writes, "Chelsea Manning saw injustice and stood up for what's right. Now, she's serving a 35 year sentence in an all-male military prison, and has faced systematic abuse. But now there's hope! President Obama has reportedly put her on a "short list" of candidates for a possible commutation. we need to show how much support Chelsea has right now, so people are posting photos with their arms outstretched, to tell POTUS they want Chelsea Manning free, so we can all give her a hug. Post your own photos to #HugsForChelsea and we'll add them to the gallery!"