The neuroscience of changing your mind 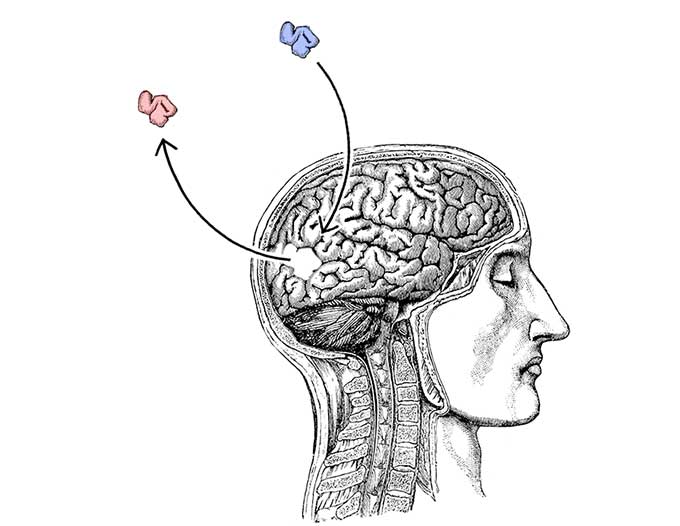 This is the first of three You Are Not So Smart episodes about the "backfire effect." In it, I interview a team of neuroscientists who put people in a brain scanner and then challenged their beliefs, some political and some not, with counter-evidence and then compared which brain regions lit up for which beliefs. The crazy takeaway was that for political beliefs, but not for others, people seemed to react as if their very bodies were being threatened by the challenging evidence.

We don’t treat all of our beliefs the same.

If you learn that the Great Wall of China isn’t the only man-made object visible from space, and that, in fact, it’s actually very difficult to see the Wall compared to other landmarks, you update your model of reality without much fuss. Some misconceptions we give up readily, replacing them with better information when alerted to our ignorance.

For others constructs though, for your most cherished beliefs about things like climate change or vaccines or Republicans, instead of changing your mind in the face of challenging evidence or compelling counterarguments, you resist. Not only do you fight belief change for some things and not others, but if you successfully deflect such attacks, your challenged beliefs then grow stronger.

The research shows that when a strong-yet-erroneous belief is challenged, yes, you might experience some temporary weakening of your convictions, some softening of your certainty, but most people rebound and not only reassert their original belief at its original strength, but go beyond that and dig in their heels, deepening their resolve over the long run.

Psychologists call this the backfire effect, and this episode is the first of three shows exploring this well-documented and much-studied psychological phenomenon, one that you’ve likely encountered quite a bit lately.

In this episode, we explore its neurological underpinning as two neuroscientists at the University of Southern California’s Brain and Creativity Institute explain how their latest research sheds new light on how the brain reacts when its deepest beliefs are challenged.

By placing subjects in an MRI machine and then asking them to consider counterarguments to their strongly held political beliefs, Jonas Kaplan’s and Sarah Gimbel’s research, conducted along with neuroscientist Sam Harris, revealed that when people were presented with evidence that alerted them to the possibility that their political beliefs might be incorrect, they reacted with the same brain regions that would come online if they were responding to a physical threat.

“The response in the brain that we see is very similar to what would happen if, say, you were walking through the forest and came across a bear,” explains Gimbel in the episode. “Your brain would have this automatic fight-or-flight [response]…and your body prepares to protect itself.”

According to the researchers, some values are apparently so crucial to your identity, that the brain treats a threat to those ideas as if they were a threat to your very existence.

“Remember that the brain’s first and primary job is to protect ourselves,” explains Kaplan in the show. “The brain is basically a big, complicated, sophisticated machine for self-protection, and that extends beyond our physical self, to our psychological self. Once these things become part of our psychological self, I think they are then afforded all the same protections that the brain gives to the body.”

How does the brain take something that is previously neutral and transmutate it into a value that it then protects as if it were flesh and bone? How do neutral, empirical facts about temperature and carbon emissions become politicized? How does an ideological stance on immigration reform become blended with personal identity? We explore those questions and more on this episode of the You Are Not So Smart Podcast.

This episode is also sponsored

by Casper Mattresses. Buying a Casper mattress is completely risk free. Casper offers free delivery and free returns with a 100-night home trial. If you don’t love it, they’ll pick it up and refund you everything. Casper understands the importance of truly sleeping on a mattress before you commit, especially considering you’re going to spend a third of your life on it. Get $50 toward any mattress purchase by visiting www.casper.com/sosmart and using offer code “sosmart.” Terms and Conditions Apply.

The Brain and Creativity Institute

Neural correlates of maintaining one’s political beliefs in the face of counterevidence.