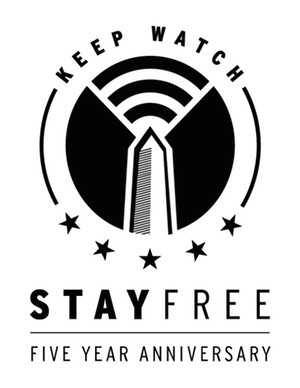 Five years ago, we won an unprecedented victory: spurred on by blackouts of more than 50,000 sites, more than 8 million Americans called Congress to object to the Stop Online Piracy Act (SOPA), a brutal internet censorship bill that would have been a stake through the heart of the open net. SOPA, which had been tipped to sail through Congress without any fuss, died an unprecedented death. It set a precedent.

Five years later, the net is still under assault from surveillance rules, from copyright overreach, from censorship of all kind. The activist lessons of SOPA have spawned new groups and new kinds of protest. We're still learning.

A coalition of public interest groups and internet companies have come together today to publish a long, thoughtful piece on what happened five years ago, what's happened since, and what we must do next, with a special emphasis on the role of Aaron Swartz, the young activist who led much of the critical work to stop SOPA.

As power changes hands in Washington this month, many questions remain unanswered about the future of the Internet as a space for innovation, creativity, and expression. Donald Trump’s administration includes two new appointments to the FCC who have previously spoken out against Net Neutrality and may try to roll back existing FCC rules as soon as this year. That’s why activists who fought against SOPA/PIPA and stayed vigilant over the last five years aren’t waiting for Congress to introduce new bills to encourage the public to activate. They’re urging action now, while appointments are happening that signal the fights ahead.

If the 2012 victory against SOPA/PIPA taught us anything, it’s that whether or not the Internet will remain a place that everyone can access reliably and affordably to share, connect, and create freely depends on us.