Boeing's new spacesuit is far out 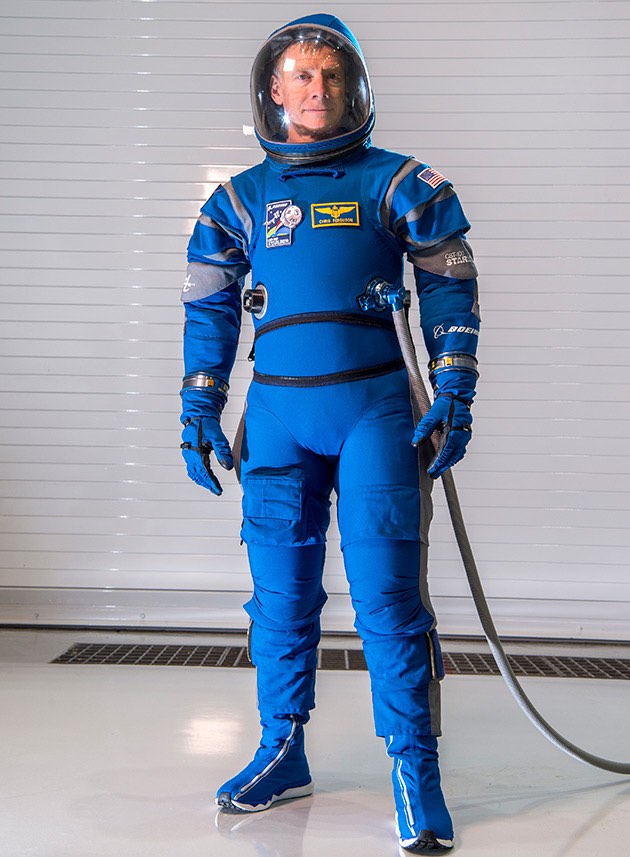 Boeing revealed its new sleek and chic spacesuit designed for astronauts aboard the Boeing/Bigelow CST-100 Starliner spacecraft. Launched on Atlas V rockets the Starliner capsule will shuttle commercial crew members to and from the International Space Station and other low-Earth orbit locales. From Boeing:

The Starliner spacesuit provides greater pressurized mobility and is about 40 percent lighter than previous suits. Its innovative layers will keep astronauts cooler as well. The touchscreen-friendly gloves allow astronauts to interact with the capsule’s tablets while the boots are breathable and slip resistant. Zippers in the torso area will make it easier for astronauts to comfortably transition from sitting to standing. In addition to protecting astronauts during launch and the return to Earth, the suit also helps connect astronauts to ground and space crews through the communications headset within the helmet. The suit’s hood-like soft helmet sports a wide polycarbonate visor to give Starliner passengers better peripheral vision throughout their ride to and from space.