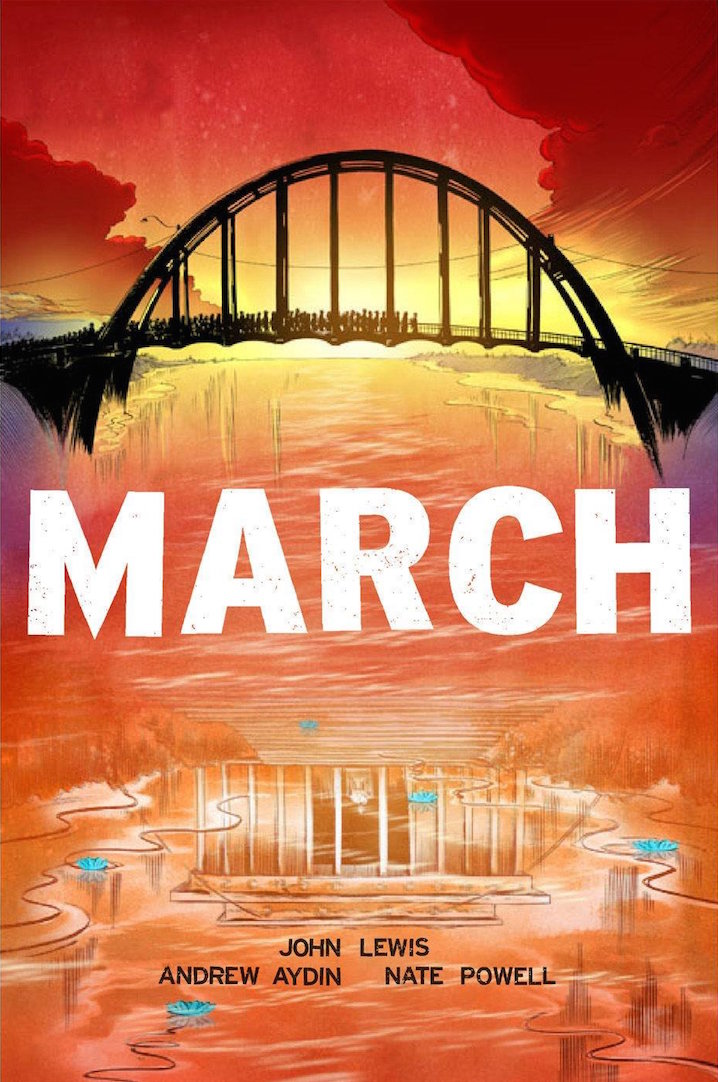 After dismissing civil rights icon John Lewis as "all talk," Donald Trump catapulted Lewis' March trilogy comic on the civil rights movement back to the best-seller charts, where it has stayed all month. This week, it won four American Library Association Awards.

Via The Mary Sue:

March, a biographical trilogy written by Andrew Aydin and Lewis and illustrated by Nate Powell, is a memoir about the civil rights leader. It’s already won a Robert F. Kennedy Award, an Eisner Award, and the National Book Award. After Trump criticized Lewis over Martin Luther King, Jr. weekend for being “all talk,” March went temporarily out of stock at Amazon and reached the bestsellers list. Now, the graphic series can add 4 more awards to its list. Rep. Lewis and Aydin won the Coretta Scott King Award for March: Book Three. The Coretta Scott King (Author) Book Award recongizes “an African-American author and illustrator of outstanding books for children and young adults.” The book was also awarded the Michael L. Printz Award for “excellence in literature written for young adults,” the Robert F. Sibert Informational Book Award for “most distinguished informational book for children,” and the YALSA Award for “excellence in nonfiction for young adults.”

Now that it's back in stock, consider getting a copy for your local library, school, or as a gift for a young person in your life.