What political party dominates your occupation? 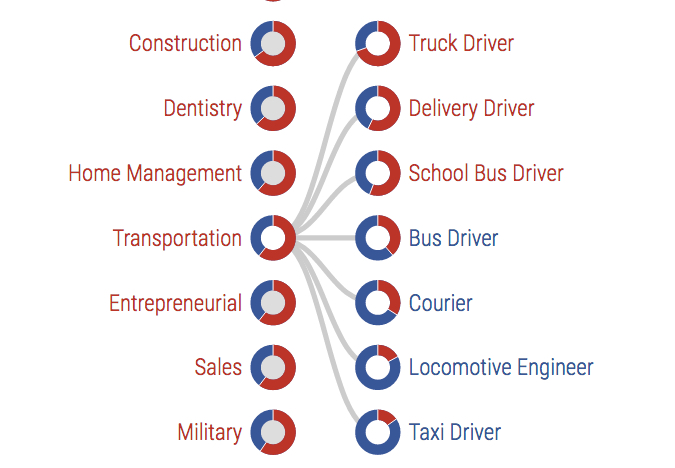 Verdant Labs put together an interesting infographic on the political tendencies of various jobs.

We looked at all 20 million campaign contributions since 1996 and broke them out by name and whether they were for the Democratic or Republican party. We flagged individuals who primarily made Republican contributions as Republicans, and likewise for Democrats. Then, we made a list of the ratios of individuals with each name who appeared to be Democrats vs. Republicans… One caveat here, much like in our previous Democratic vs. Republican Occupations chart, is that campaign contributors might not represent a perfect cross section of society. What if, say, Democrats are more likely to make campaign contributions than Republicans? That would skew all the names a bit more toward the left. That said, it seems unlikely that such behavior varies at a per-name level, so all names skewed a bit left or right shouldn't be an issue when comparing names to each other (e.g., Donald is further to the right than Jessica).