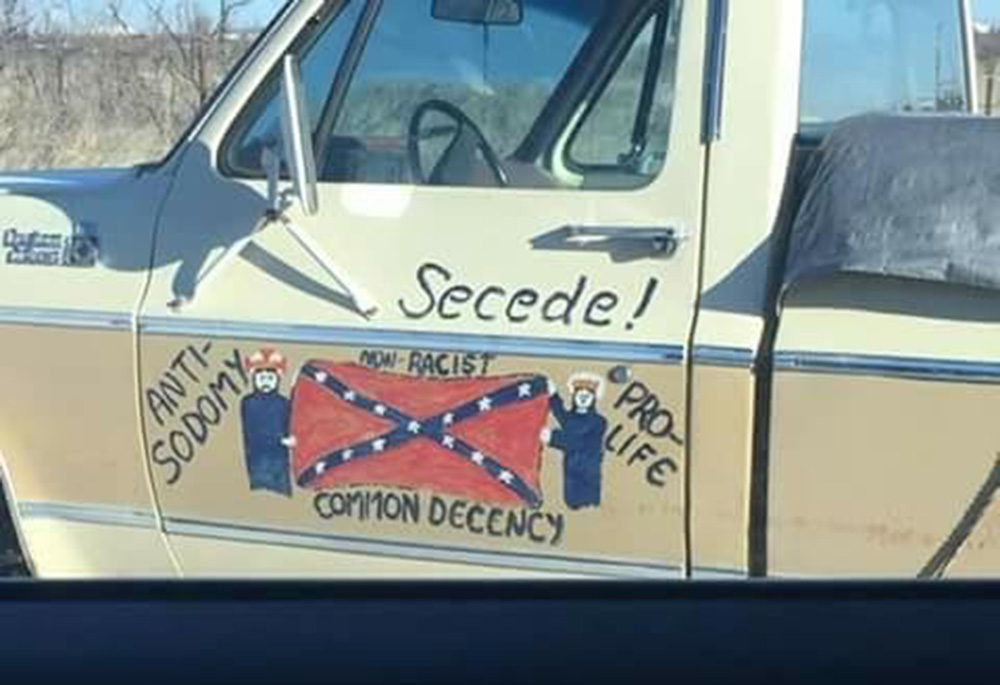 My friend Michelle Fox spotted this vehicle in New Mexico. The "non-racist" really makes it!