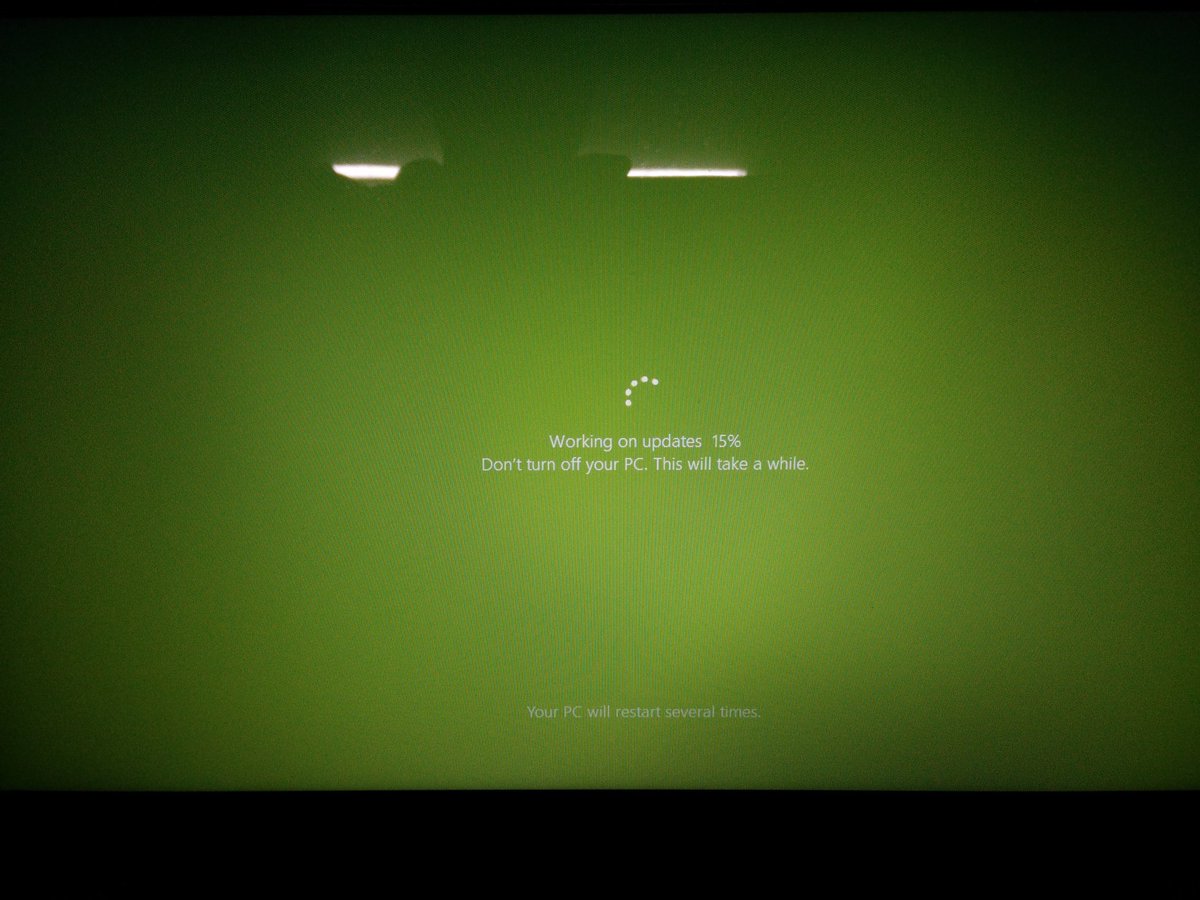 Windows 10 takes one of the most hated aspects of Microsoft operating systems -- forced, sudden software updates and reboots -- and elevates them to a sadistic art, with Win 10 machines suddenly announcing that it's update time and rendering themselves inoperable for up to an hour, wiping out unsaved work and locking users out of their computers while they're onstage, or in the middle of large file uploads, or livecasting, or completing a live test for college admission, taking notes during an interview, etc.

Microsoft says this is by design, "This is what we mean when we talk about delivering Windows as a service, and it is one of our core inspirations for Windows 10."

There's software developer Dylan Beattie, whose laptop decided to shut down while he was giving a talk in front of 200-odd developers in Malmo, Sweden, and found he had to wing the rest of the presentation without his slides. "I wasn't terribly happy," recalls Beattie, adding that he now has a habit of explicitly running Windows Update a few hours before his presentations "just to make sure it's not going to spring any surprises."

Alex Gibson, a 3D printing consultant, says he no longer trusts Windows to manage his 3D printer after his computer forced a restart near the end of a 6-hour-long print job for a customer in November. He tells me he's switching to a Raspberry Pi.

Lydricsama, a digital artist from Finland, says she lost hours of work on a commissioned piece she was working on late into the night, leaving her with a bare sketch (instead of a mostly lined and colored illustration) after her machine forced an update back in October. She tells me that while it was her fault for not saving the document more often, Windows also didn't help: "I had no prior warning before it restarted itself." Luckily, her client didn't mind the delay.

Mark Switzer, who goes by the handle Preheat when he plays World of Warcraft, also had his machine restart at a particularly inconvenient time last month. He was in the middle of beating the game's final boss in front of a live Twitch audience. He says he lost most of his viewers that day, a little bit of money (he's an official Twitch partner), and his in-game reward for beating the boss. "Overall it wasn't a huge deal, just very frustrating to have your computer decide these things on its own," he tells me.