Flying into the USA? Here's two ways you can help EFF and ACLU fight the #muslimban 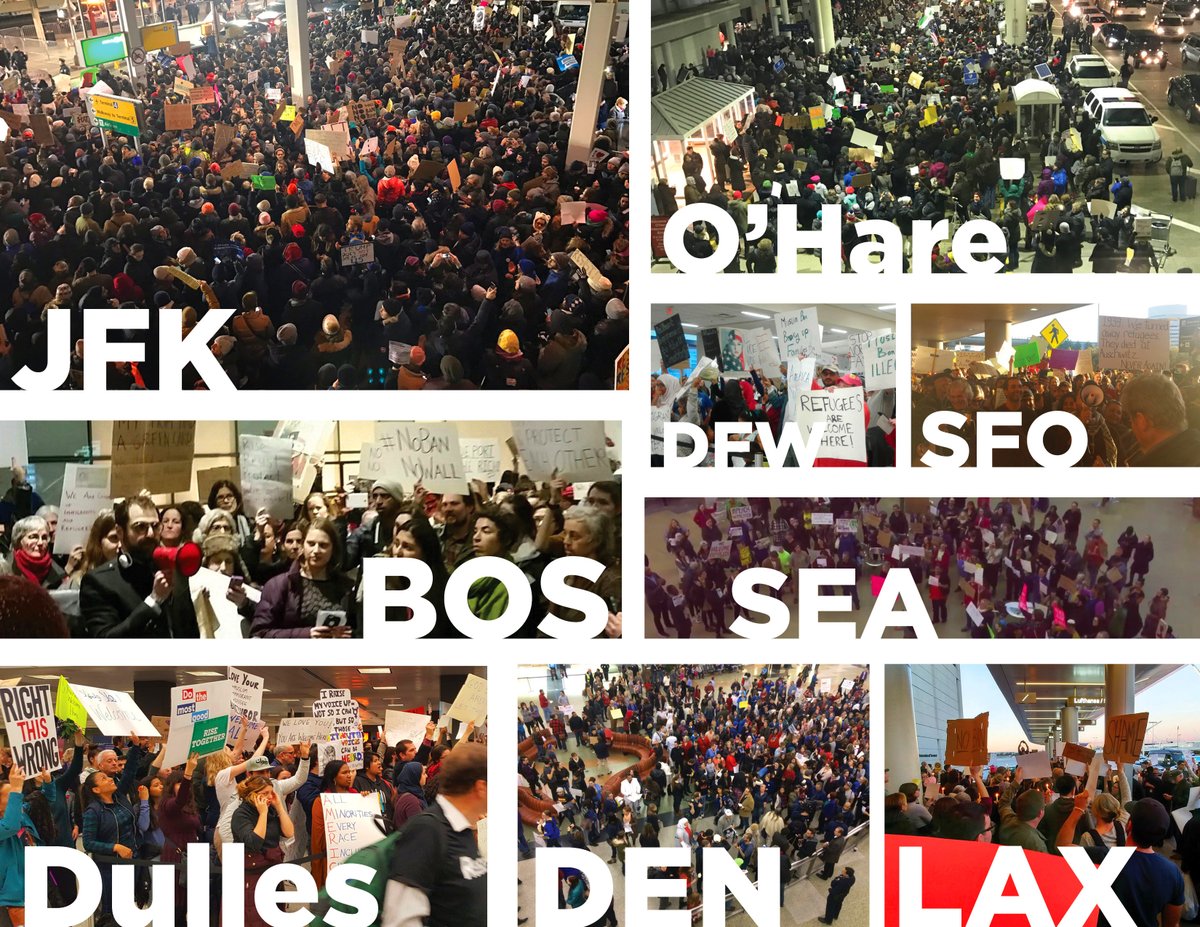 The Electronic Frontier Foundation is seeking first-hand reports of travellers being asked to divulge their social media habits by US border guards (beyond the optional field on the ESTA form) (email info@eff.org); meanwhile, ACLU urges travellers to stay on the customs/immigration side and let them know if people are being detained (Tweet @nobanjfk).

Some reports say that those targeted by border guards for illegal, court-order-defying detention are having their phones confiscated before they debark their flights, to prevent them from contacting lawyers or family members; border officials have also falsely claimed that no one is being detained in the USA, apparently under the rubric that border zones are not "in the USA." Those who are not deprived of their devices can use them to document these disappearances.