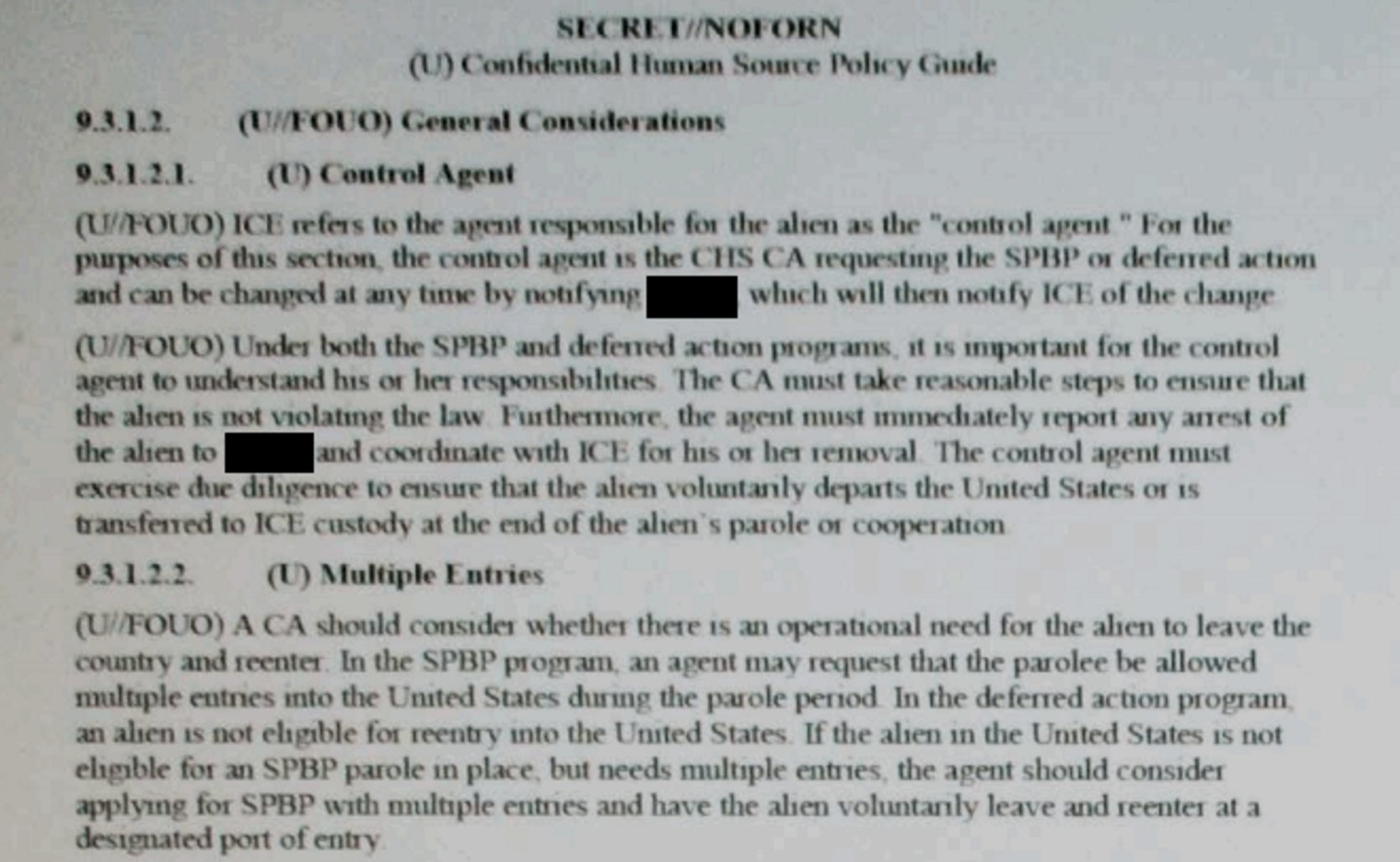 Today, The Intercept has published a minimally redacted version of a 2015 edition of the FBI's Confidential Human Source Policy Guide, along with a series of in-depth articles reporting on the document (including the FBI's confirmation of a conspiracy by white supremacists to infiltrate law enforcement agencies). Among the most explosive revelations are the ways in which the FBI coerces domestic and foreign informants.

The FBI manual advises agents to secure informants by identifying people suspected of no wrongdoing, then using the Bureau's files and databases to find potentially compromising information about those subjects that can be used into blackmailing them to secure their cooperation. The Bureau also works with the Immigration and Customs Enforcement to single out potentially valuable -- but blameless and suspicionless -- visitors to the USA that are pulled aside during the customs and immigration process and threatened with immigration violations and penalties if they don't become FBI informants. For informants who reside in the USA, the FBI manual advises that the Bureau can ask ICE to deport them once their usefulness has passed.

The documents also detail how the FBI -- a nominally domestic policing agency -- secures informants who operate as de facto American spies in other countries.

It’s been clear for a decade that the FBI works with ICE to keep informants in the country. What we didn’t know was that the assistance is often contingent and temporary, and that the FBI actively assists ICE in locating informants who are no longer useful so that they may be deported.

“This creates a perverse incentive structure, because informants are incentivized to keep themselves valuable,” said Shamas. “It will further incentivize them to create investigations when there wouldn’t be one otherwise. In the traditional criminal context, the law enforcement community is conscious of the risk that coercing informants increases the likelihood of getting bad intelligence. But in the counterterrorism and intelligence context, this caution has been thrown out the window.”

Kurzban, the immigration lawyer, suspects this information becoming public will undercut claims from FBI agents that informants should work with them so they can be protected from ICE.

“The incentives for helping and cooperating seem diminished if as soon as whatever information is given, the FBI is going to turn them back over to ICE,” Kurzban said.

WHEN INFORMANTS ARE NO LONGER USEFUL, THE FBI CAN HELP DEPORT THEM [Trevor Aaronson/The Intercept]