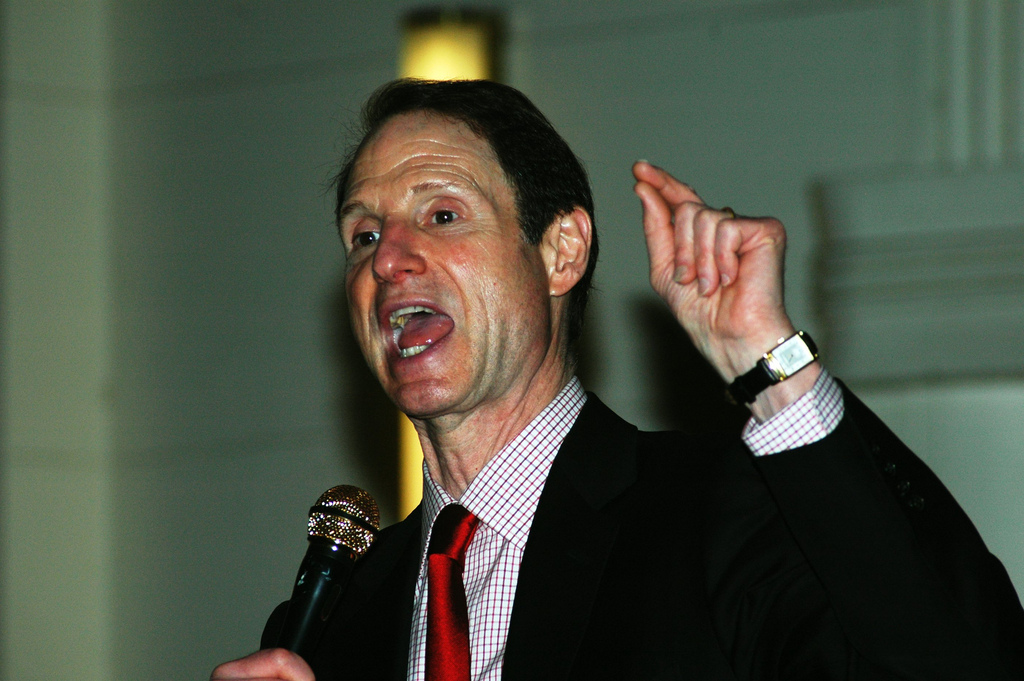 After a wrangle on tactics that pitted the party establishment -- who feared that filibusters would provoke procedural reforms that allowed for a 51-Senator vote to overrule a filibuster, making future Trump appointments easier -- against party activists who want Senate and Congressional Democrats to stall, refuse and resist trumpism by every means necessary (perhaps banking on early impeachment, before a rule-change could do much damage), the Senate Democratic caucus has announced that it will boycott the confirmation hearings for Tom Price to lead the Department of Health and Human Services and Steve Mnuchin for Treasury Secretary.

Both appointments are controversial. Mnuchin has repeatedly lied about his bank's use of fraudulent "robo-signing" to steal Americans' homes, while Price has been revealed to have lied about receiving "special discounts" on shares in a pharmaceutical company, Innate Immunotherapeutics.

Republican Senator Orrin Hatch, who chairs the Finance Committee, has excoriated Democrats for their refusal to cooperate in the hearings, calling them "stupid" and "pathetic."

CNN cites unnamed Democratic lawmakers who believe that they can hold up some appointments for as long as a year.

The senator said he fully intends for the committee vote on the two nominees to take place, and that he would call for another mark-up at his convenience.

But the timing remains unclear. The Senate Finance Committee's rules state that at least one Democrat must be present in order for the panel to take a vote on nominees. That means Democrats can continue to refuse to show up to future committee votes, making it impossible for the panel to consider a nominee.