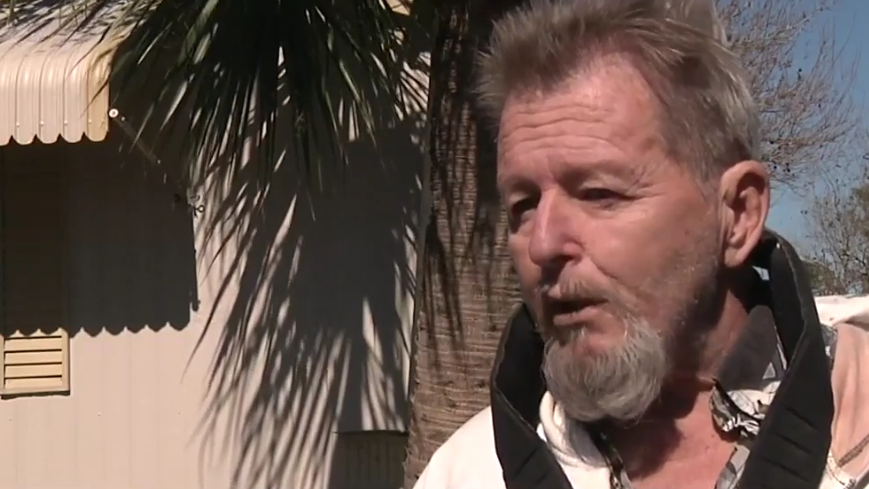 Orlando News 6 reports that a Florida man shot a cat that shat in his yard, telling officers it "looked at him like he owned the place". The cat was paralyzed and had to be killed, reports Loren Korn.

"It was just a poor judgment call," the man, who declined to share his name, said of his decision to shoot. He said he didn't know it was someone's pet but admitted to shooting at cats before, never hitting one.

"It was not my intention to hurt that cat. All I wanted to do was get it out in front of my walkway, stop pooping. For the flies and the smell is just horrendous," he said

The man said he has several health issues and is on disability. He hopes to be only punished with a fine instead of a felony, fearing he might lose his income if charged.

"I'll be homeless. Might be a death sentence for accidentally shooting some cat," he said.

Isn't "fantasizing about being the real victim" the center square on Florida Man Bingo?