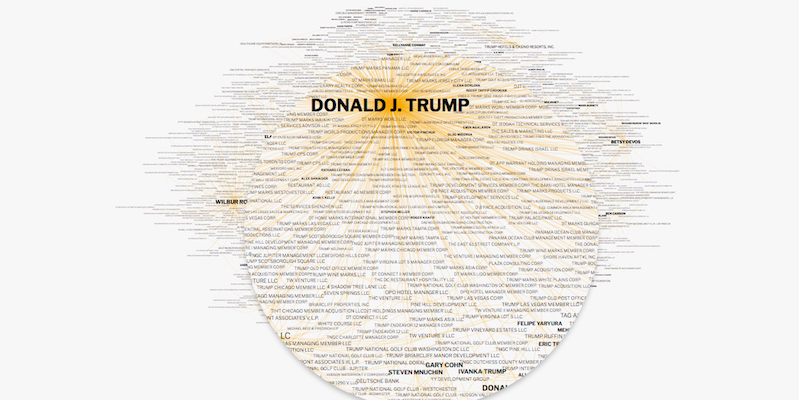 Kim Albrecht took on the herculean task of creating an interactive data visualization of Trump's business interests. Behold crony capitalism at its worst.

Based on the Trumpworld project initiated by Buzzfeed, it documents over 1,500 people and organizations that stand to benefit directly from a Trump administration. Kim says, "To explore the network further select one of the connections on the right of the graph or search below."